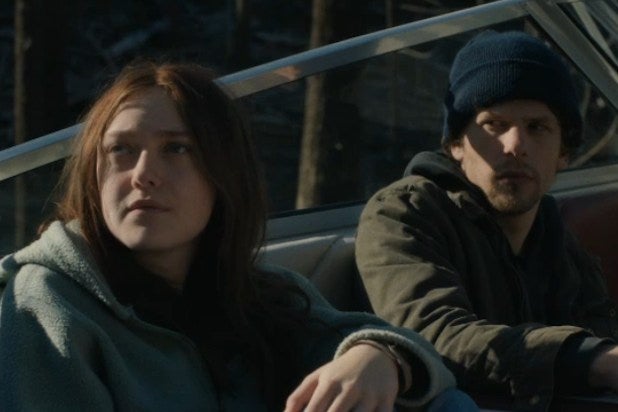 With Angelina Jolie‘s “Maleficent” casting a spell on theatergoers, there was little magic left for indie films hoping to score some treasure at the box office.

Perhaps the biggest debut over the weekend was director Kelly Reichardt’s drama about environmental extremists, “Night Moves,” starring Jesse Eisenberg, Dakota Fanning and Peter Sarsgaard. The film, which originally premiered at last fall’s Toronto Film Festival, earned strong reviews during the fest and enough goodwill to gross $24,100 total for distributor Cinedigm in two theaters this weekend, one in LA and one in New York City.

Also read:Jesse Eisenberg on Life as a Writer, Teaming With Kristen Stewart and Why ‘Social Network’ Fame Was ‘Disconcerting’

The weekend’s other star-powered debut, James McAvoy’s “Filth,” earned just $7500 for Magnolia on two screens; it has, however, been available on VOD for several weeks already, meaning that most people who wanted to see the “X-Men” star drink his face off and have a mental breakdown probably have already done so.

Meanwhile, “Lucky Them,” starring Toni Colette, Thomas Haden Church and Oliver Platt, made $4500 on one screen; Michael C. Hall’s Texas noir “Cold in July” took in $124,000 in its second weekend, bringing it to about $176,000 during the course of its run.