With three movies in theaters — "Holy Rollers," "The Living Wake" and "Solitary Man" — and several more on the docket for the rest of the year, it's a busy time for  Eisenberg, who excels in playng mostly sweet, virginal teens. 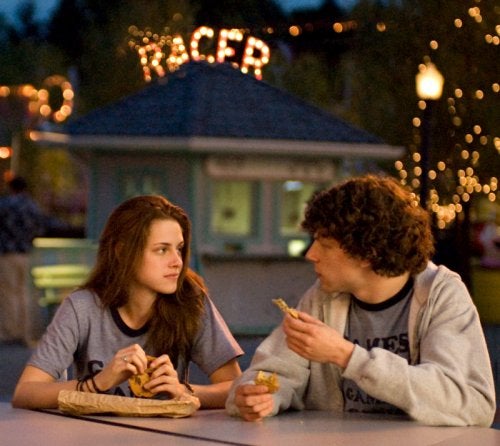 Indeed, Eisenberg is clearly the new "It' kid of indie films, earning a giant share of critical plaudits for his roles in dramas such as "The Squid and the Whale,"  "Adventureland" and even "Zombieland" (both 2009).

Some bloggers and journalists think that the triumph of the sweet, long-suffering virgin over the hornball teens the peopled films like "Risky Business,""Losing It" and "American Pie" is a positive sign that audiences are ready to embrace a new kind of romantic hero.

"It's a taboo that they're crossing here, because these are heroes without masculinity," Alissa Quart, a social critic and author, told TheWrap. "I can't imagine that 20 years ago you'd have heroes who are totally accepted for themselves and who don't have to lose it."

"Women really seem to like these guys, because they're not thretening," Jessica Wakeman, a blogger for the Frisky, a pop culture site geared toward women, told TheWrap. "They're sensitive, they're thoughtful, they're worried that sex is going to hurt the girl. They're even a little effeminate."

Yet actors gambling that these kind of virginal characters will have a long shelf life may be playing with fire. For every Woody Allen, who was able to ride the nebbish train to cinematic immortality, there are 10 flame-outs. 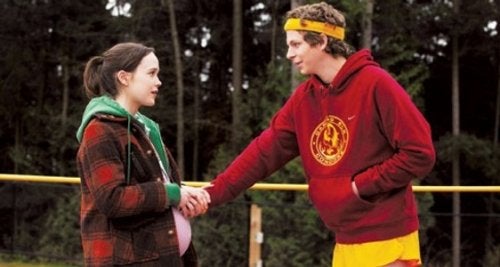 But Cera has cheapened his brand by being overly prolific. He has appeared in eight movies in three years, with box-office bombs such as "Year One" ($62.3 million) and "Paper Heart" ($1.3 million) marring his early promise.

Failing an "Arrested Development" reuinion, most of his career hopes are now pinned on "Scott Pilgrim vs. the World," which has been getting good buzz.

Last week's films offered Eisenberg a chance to break new ground. Chalk "Solitary Man" as a loss on that score. In the indie drama, which stars Michael Douglas, he plays the same sexually maladroit character he's been essaying since he first broke into film with 2002's "Roger Dodger." Though in a nice change of pace, his character's arch isn't all about pent-up sexual frustration. It also encompasses consummation.

"Holy Rollers" was a more complete departure — Eisenberg starred as a Hassidic Jewish drug mule in a gritty drama. As a result, it earned him strong reviews, with critics such as the "New York Observer"s' Rex Reed writing that it was among his finest performances.

The third film, "The Living Wake," a Samuel Beckett-like drama that's been on the shelf since 2007, seems to rest somewhere between the two poles.

So what's Eisenberg's next step?

"If he's lucky, he'll get a role that shows what else he can do," "Newsweek" reviewer David Ansen told TheWrap. "If not, he may just have to wait until he outgrows the awkward teen stereotype."

"An ideal role would be a transitional one, where we see the character progressing from the kind of people he's played to someone that's more seasoned, more hidden and shrouded in a way we all are, and not quite so raw and exposed," New York magazine critic David Edelstein told TheWrap.

Still, even if these projects stumble, some critics think Eisenberg has the talent to sustain his hot streak.

"I have not seen a false note in any of his performances," Edelstein told TheWrap. "I don't think Jesse Eisenberg needs to hold a gun to be a credible hero. I just hope he keeps one foot in the indie world."