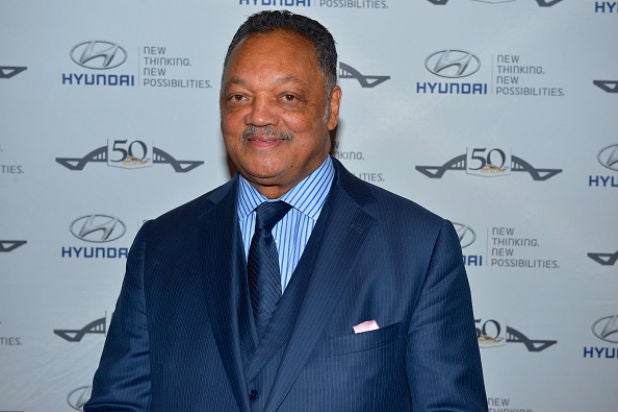 Rev. Jesse Jackson said this week he attributes the attention given to police killings of unarmed black men more to the widespread availability of cameras to everyday people than to the spotlight offered by the press.

In a Monday interview for Vanity Fair, the longtime civil rights activist was asked about the Memorial Day killing of George Floyd, an unarmed black man in Minneapolis. His death was recorded from at least two angles and the videos caused widespread anger and protest. The four cops involved were fired. Derek Chauvin, the officer who kneeled on Floyd’s neck, now faces charges of murder and manslaughter.

Jackson was asked if “cameras and the press are serving as the eyes and conscience of the public.”

“The cameras become the arbiters, not so much the press. The press follows the culture,” he responded.

The reverend compared Floyd’s killing, which he called “more of the same,” to lynching, gave statistics on American lynchings and spoke about his own efforts “to get lynching laws on the books two years ago.” The House and Senate did pass federal lynching legislation recently, but the parallel bills have not yet been combined for President Donald Trump to sign.

Jackson invited readers to imagine what would have happened — or, rather, what wouldn’t have happened — if no one had recorded Floyd’s death: “Suppose there was never a camera on the killing of George Floyd–and [only] the people saw it. The people who have no voice, they can’t do a press conference. You just saw it and you can’t prove it in court. The police–they’d accuse [George Floyd] of threatening them.”

“The police are protected by FOP–the Federation of Police–and [protected by] the culture,” he said. The very same “culture” he argues the press “follows.”