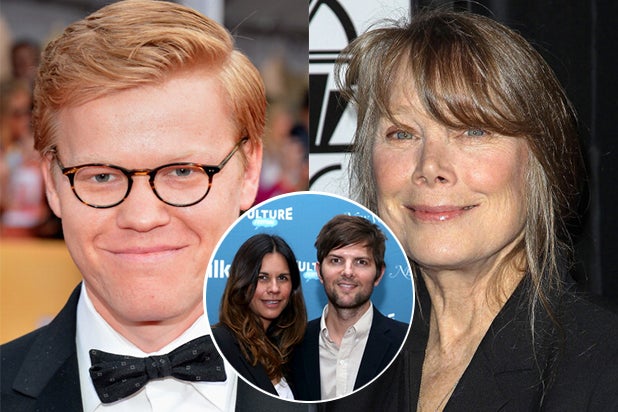 Jesse Plemons and Oscar winner Sissy Spacek are attached to star in “Other People,” an indie movie that Adam Scott and his wife Naomi Scott are producing through their Gettin’ Rad Productions banner, TheWrap has learned.

“Other People” will mark the feature directorial debut of well-known comedy writer Chris Kelly. The filmmakers are in the process of putting financing together with the aim of starting production next year.

Plemons will play a gay “Saturday Night Live” writer who returns home to Sacramento to be with his mother (Spacek), who is in the final stages of terminal cancer. While home, he struggles to deal with a painful recent breakup and reconcile with his conservative father’s disapproving attitude regarding his sexuality.

Kelly is a real “Saturday Night Live” writer who previously served as a writer-director for “Funny or Die” as well as a staff writer and director for “The Onion News Network” on IFC. A three-time Emmy nominee, Kelly has also worked as a writer on Comedy Central’s hit series “Broad City” and the Fox/Blue Sky animated movie “Anubis.”

Best known for his work on “Friday Night Lights” and “Breaking Bad,” Plemons has been ramping up his feature career of late. He recently wrapped the Johnny Depp/Whitey Bulger movie “Black Mass” and Stephen Frears‘ untitled Lance Armstrong biopic, which stars Ben Foster as the controversial cyclist. Plemons recently worked with Paul Thomas Anderson on “The Master” and will soon be seen in Tommy Lee Jones‘ “The Homesman” and Lisa Cholodenko’s HBO miniseries “Olive Kitteridge.” He’s represented by TalentWorks and attorney David Matlof.

An Oscar-winning actress with five additional Oscar nominations under her belt, Spacek recently appeared in “The Help,” and will soon be seen alongside Kyle Chandler, Linda Cardellini and Sam Shepard in a Netflix series about family secrets in the Florida Keys. She’s represented by Innovative Artists and the Schiff Company.