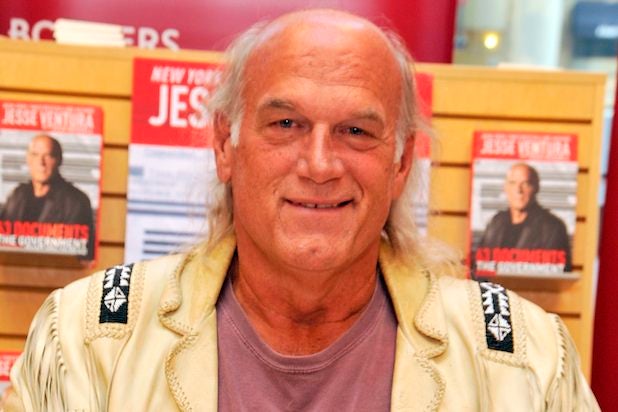 Seth Rogen learned the hard way that Americans won’t be happy if you mention “American Sniper” and Nazis in the same sentence, but it looks like former Minnesota governor Jesse Ventura didn’t get the memo.

Ventura, a former Navy SEAL and professional wrestler, called into Alan Colmes’ Fox News Radio show on Tuesday to explain his criticism of Chris Kyle — the real-life subject of Clint Eastwood‘s record-breaking Iraq War drama starring Bradley Cooper — and ended up making a much bigger statement about the United States.

Ventura previously stated he had no interest in seeing “American Sniper” and called Kyle an “a liar” with no honor, due to Kyle alleging in his memoir that he punched Ventura in the face at a bar in 2006 after Ventura said the SEALs “deserve to lose a few” in Iraq. The former politician filed a defamation lawsuit against Kyle’s estate and won $1.8 million last year.

Ventura’s latest comments on “American Sniper,” however, went beyond Kyle’s actions, as he questioned the entire Iraq War.

“What I’m stating is we invaded Iraq, we were not asked in,” Ventura said. “We invaded a country, we overthrew its government, and then we killed people that lived there.”

“Are we analogous to the Nazis?” Colmes asked Ventura.

“Well, and the Communists, yeah. We behave the same way now,” Ventura said. “I said this before, I said, ‘That’s how George Bush killed my American dream.’ I never believed that my country would line our military up at the border of another sovereign nation, invade that country, overthrow its government, occupy them without being asked. We invaded, and all on lies.”