“Ted” actress Jessica Barth went to the LAPD Thursday to revive accusations she first made in 2012 that her then-manager, David Guillod, drugged her at a dinner and sexually assaulted her.

Barth said Guillod, an executive producer on “Atomic Blonde,” threatened her with a lawsuit to keep her from pursuing the case in 2012, but that she wants to press charges now because another woman emailed her to say Guillod drugged and assaulted her, too.

“This allegation was initially made five years ago and was fully investigated by LAPD at that time,” Guillod’s attorney, Thomas M. Ferlauto, told TheWrap. “Witnesses were interviewed whose version of events belied and completely contradicted Ms. Barth’s and LAPD determined the charges to be unfounded. No criminal or civil case was ever brought against Mr. Guillod.” (Update: Guillod has taken a leave of absence from his company while it investigates Jessica Barth’s accusations.)

In addition, insiders told TheWrap that Guillod left his two previous jobs, as the co-head of the motion picture department at UTA and as an agent at Paradigm, after sexual harassment complaints. Guillod did not respond to repeated questions about his employment history, or about Barth’s contention that he threatened to sue her in 2012.

Barth further said that she knows of no witnesses who contradicted her 2012 statement to police, and that one corroborated her version of events. That was her boyfriend and now-husband, Danny Cusumano, who also confirmed her account in a detailed interview with TheWrap on Thursday.

Another woman who attended the May 2012 dinner with Barth and Guillod, “Survivor’s Remorse” actress Felisha Terrell, remains a client of Guillod, and said she believed there were “some inaccuracies” in Barth’s account. Terrell added that she would not have remained a client “if I felt these accusations were 100 percent true.”

Barth told TheWrap: “Nothing was found to be unfounded. I just stopped pursuing it because he threatened to sue me,” Barth said. “I wasn’t in a place emotionally or financially to take him on legally.” 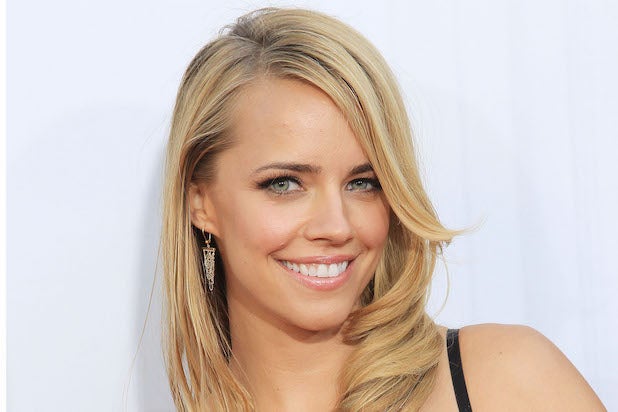 “I want to prosecute him,” she said. “I want to do whatever is in my power to make sure this never happens to another woman.”

Barth detailed the dinner in a post for TheWrap last week in which she announced a new campaign, “Who Is Your Harvey.” She asked assault survivors to send the names of their assailants to WhoIsYourHarvey@gmail.com so that she could offer to introduce any survivors who had an attacker in common. That would allow them to come forward together.

She did not name Guillod in her post — but one woman recognized him anyway, Barth said.

“She titled the email with his name. I immediately had shivers from head to toe,” Barth said. “The woman said that she had a similar experience, which was horrific. … She said it was about three years ago.” The woman has declined to be identified.

Guillod, who is now co-CEO of Primary Wave Entertainment, exited UTA in 2009. An individual with knowledge of his employment history said he was asked to leave because of a sexual harassment issue — which his rep later denied.

He was dismissed from Paradigm in 2011 after he was accused of sexual harassment of a female assistant there, according to another individual familiar with the situation. (His rep said he left after accusations of verbal harassment, not sexual harassment.) 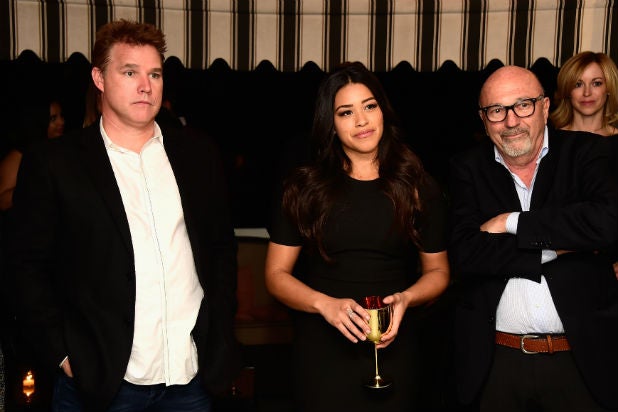 His clients include “Jane the Virgin” Golden Globe winner Gina Rodriguez, Nia Long and Emilio Estevez. He also has an executive producer credit on last summer’s Charlize Theron hit, “Atomic Blonde,” and the television shows “Loudermilk” and “Hit the Road.”

Barth has previously come forward with an account of Harvey Weinstein propositioning her. Barth’s “Ted” and “Ted 2” director and co-star, Seth MacFarlane, has said his 2013 Oscars joke about Harvey Weinstein was inspired by Barth telling him about the encounter.

In her blog post for TheWrap, Barth wrote that she went to dinner with her manager one other time before the night of the incident. She said that at the first meeting, the restaurant staff were “refilling our wine glasses at a furious pace,” adding that she had to politely decline more than a few times because she was driving.

Outside the restaurant after dinner, he put his arms around her and implored her to come back to his house, which she turned down, she said.

He invited her to other dinners, which she passed on, trying to meet for coffee or lunch instead, she said. Finally, against her gut instinct, she agreed to go to dinner one night because Terrell would be there as well. They agreed to meet at the La Loggia restaurant in Studio City, she said.

She wrote: “Just like last time, the wine glasses kept magically refilling. I remember feeling very drowsy at the table.”

Also Read: How Actress Jessica Barth Forced Out the Ex-Manager She Accuses of Assault (Exclusive)

After that, she said, she has no memories of the night. She wrote:

The next thing I remember is waking up at home with six hickeys on my neck. I was horrified. I was completely and utterly confused and I was sick to my stomach. Through email, he tried to play it off as a silly make-out session between friends. He sent me message after message begging that we talk and letting me know how upset he was and that he couldn’t sleep because of the pit in his stomach.

Barth said she dropped him as her manager immediately, even though “Ted,” which quickly became a comedy hit, was about to be released.

Barth’s husband, Danny Cusumano, told TheWrap he remembered her apprehension about going to the dinner because of Guillod’s past behavior, and her feeling more secure because another woman would be there. Cusumano went to sleep around 10 p.m. on the night of the dinner, and woke up the next morning to find her asleep in the other room.

“Her neck is just one side to the other covered in hickeys,” he said. “She had no idea what had happened.”

“There were some inaccuracies in the story as I recall it,” she said. “If I felt these accusations were 100 percent true I would not have remained a client. As a woman in this business, I am both supportive and inspired by women speaking their truth.”