Eight months after her documentary “Jihad Rehab” was greeted with accusations of Islamophobia after its Sundance premiere from several Muslim and Arab filmmakers, Meg Smaker has told The New York Times that very few festivals have chosen to screen her film while she has struggled financially to promote it.

“I don’t have the money or influence to fight this out,” Smaker said. “I’m not sure I see a way out.”

“In my naïveté, I kept thinking people would get the anger out of their system and realize this
film was not what they said,” she added. “I’m trying to tell an authentic story that a lot of
Americans might not have heard.” 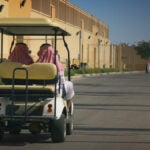 “Jihad Rehab” goes inside the Mohammed bin Nayef Counseling and Care Center in Riyadh, Saudi Arabia, where former members of Islamic extremist groups are rehabilitated. The film follows four former detainees at the U.S. detention center in Guantanamo Bay, Cuba, through the program and explores how young men in the Middle East are radicalized and how that process can be undone.

After its debut in Sundance, “Jihad Rehab” faced fierce criticism from several prominent Muslim and Arab filmmakers who said that the film, however empathetic it may be toward its subjects, still portrays them primarily as terrorists and in doing so perpetuates negative stereotypes about Muslims and their faith. Others objected to the fact that Smaker is neither Arab nor Muslim herself.

“To see my language and the homelands of folks in my community used as backdrops for white
savior tendencies is nauseating,” Assia Boudanoui wrote in an article for Documentary magazine. “The talk is all empathy, but the energy is Indiana Jones.”

The film has its defenders, including Jihad Turk, founding President and Dean of Bayan Islamic Graduate School in Claremont, California. “My first instinct was ‘Oh, not another film on jihad and Islam,'” Turk told the Times. “Then I watched and it was introspective and intelligent. My hope is that there is a courageous outlet that is not intimidated by activists and their too narrow views.” 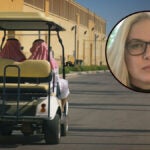 “Jihad Rehab” has also sparked a debate within the documentary community whether filmmakers should share the ethnicity or identity of their subjects, particularly when dealing with culturally sensitive issues.

A month after the festival, Sundance issued a public apology for programming the film: “We have been listening to, and reflecting on, the many perspectives shared around the inclusion of Meg Smaker’s documentary film ‘Jihad Rehab’ at our Festival in January. As with every film we show, we hope to stimulate conversation and debate that adds value to our civic society. In this case it is clear that the showing of this film hurt members of our community — in particular, individuals from Muslim and MENASA communities — and for that we are deeply sorry.”

In the wake of the controversy, and Sundance’s apology, “Jihad Rehab” was pulled from the South By Southwest and San Francisco Film Festivals. One of the few festivals that has screened it is the Doc Edge festival in New Zealand, whose lead programmer, Dan Shanan dismissed whether he was concerned about backlash.

“What happened at Sundance was not good,” he told The Times. “Film festivals must hold to their belief in their role.”