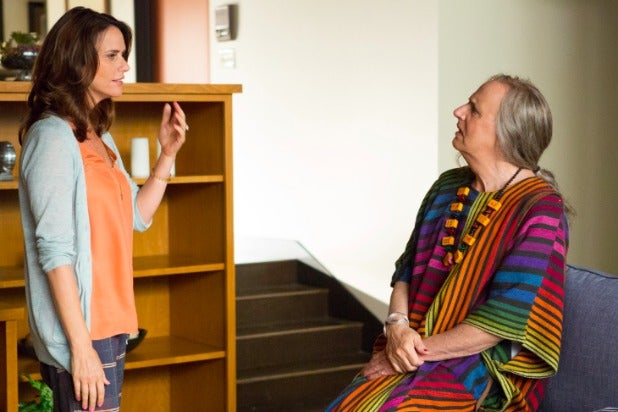 Amazon has announced a premiere date of Friday, Sept. 26 for all ten episodes of the highly-anticipated Jill Soloway dark comedy “Transparent.”

Written, directed and executive produced by Soloway, an Emmy nominee and 2013 Sundance Best Director winner, the half-hour episodes examine family, identity, sex, and love. The series stars Jeffrey Tambor as Maura, who has spent her life as Mort, the Pfefferman family patriarch.

“We couldn’t be more pleased to offer our customers all episodes of ‘Transparent‘ in late September,” said Roy Price, director of Amazon Studios. “Jill has an amazing ability to create deep, engaging and rich stories and characters. We think customers will enjoy this fresh, humorous, and touching series.”

“I am beyond excited to share Transparent with the world through Amazon. They’ve been so supportive through this incredible process,” said Soloway. “Artistically, it’s been a dream come true. I absolutely got to make the show I wanted to make.”