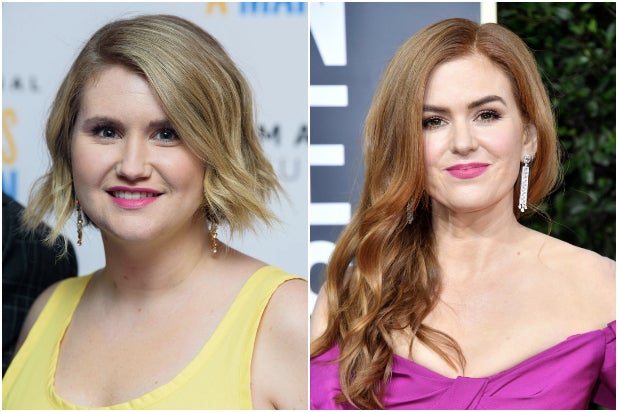 Jillian Bell and Isla Fisher are likely practicing to say “Bibbidi Bobbidi Boo,” as the two actresses are set to star in a feature film comedy about fairy godmothers for Disney+ called “Godmothered,” an individual with knowledge of the project told TheWrap.

Sharon McGuire, who directed the rom-com classic “Bridget Jones’s Diary,” will direct the comedy from a script by Kari Granlund and Melissa Stack.

Production is expected to begin on “Godmothered” later this month in Boston. Jessica Virtue and Allison Erlikman are overseeing for Disney.

Bell stars on the animated sitcom “Bless the Harts” and this year won acclaim for the Amazon comedy “Brittany Runs a Marathon.” She’ll next be seen in “Bill & Ted Face the Music” alongside Keanu Reeves and Alex Winter. She’s represented by UTA, 3 Arts and Stone Genow.

Fisher appeared this year in “The Beach Bum” and the Michael Winterbottom comedy that played TIFF, “Greed.” She’ll next star alongside Dan Stevens in a fantasy and comedy called “Blithe Spirit.” She’s represented by UTA and Sloane Offer.

News of the project was first reported by THR.