Director James Cameron urged Hollywood on Saturday to embrace 3-D technology, and to work together to make it the central focus of theatrical filmed entertainment.

“3D is not like sound, but color,” he said. “Color films were tentpole experiences and then supplanted black and white.” 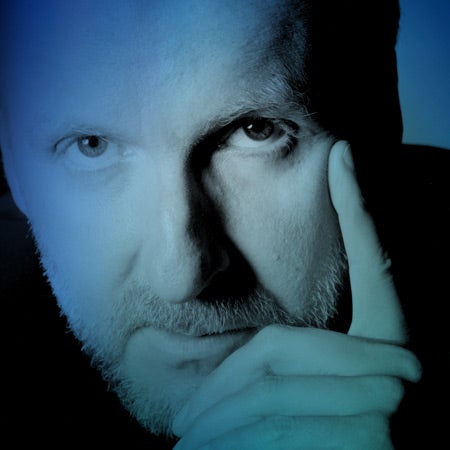 Cameron spoke in one of three opening sessions at the first annual Produced By conference, which is hosted by the Producers Guild of America on the lot of Sony Pictures Entertainment.

Cameron, a longtime advocate for 3D, said that the future of the industry may depend on the success of the technology. And while Cameron said that he could not know where 3D was headed, he predicted that it had the potential to change the entertainment industry.

The format could become the norm in making films and may be important in doing so, he said, because it offers viewers an experience they cannot get at home.

“If you can bring showmanship back into the theaters, we can truly bring viewers something they can’t get at home,” he said.

Over the past few years, companies have released more 3D movies, the majority of which have been of the Pixar variety in computer graphic form, which Cameron called the obvious choice.

But now the industry needs to share what it knows about the technology. “In the first few years everyone can share what we know, and then we can get cutthroat,” he said.

Cameron used his much-anticipated 3D blockbuster, ‘Avatar,’ as an example of how persistence and experimentation can pay off.

He first wrote the script 14 years ago and hoped to be able to present it in a 3D format. Digital Domain, a visual effects and animation company he worked with on the 1994 release True Lies, told him it was impossible.

Cameron never gave up on 3D, believing that one day the exhibition and distribution parts of the industry would be ready to handle 3D content. By 2000 he had begun development on a camera built especially for 3D, which he has spent the last decade working with. 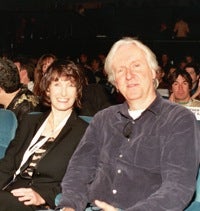 Cameron explained in detail how he learned to work with the camera and figure out how to best use it for all aspects of a movie, whether it be an action sequence or an over-the-shoulder shot.

He credits this constant experimentation with his mastery of the technology and urged everyone to test it out. Rather than being afraid of looking stupid by not getting it right, producers and photographers must accept the learning curve and just try it.

Years after being rebuffed on Avatar, Cameron had another conversation with his friend Stan Winston, co-founder of Digital Domain. This time, as he and Winston discussed what kind of movie Cameron could make in 3D, Winston told him to make it his best movie, his ‘Star Wars.’

Now that exhibitors are able to show 3D content, Cameron said the possibilities are limitless for movies, television shows, sporting events or even education.

He offered the example of teaching fourth graders math with 3D, making the numbers easier to remember. Similarly boundless are the platforms for 3D, which could be used for screens, computers or even handheld devices.

Besides the production costs, the only stumbling block he foresaw was public opposition to 3D glasses, which he could not understand. Cameron himself already has 3D contacts. As with everything else 3D, he is already at the forefront of the industry.