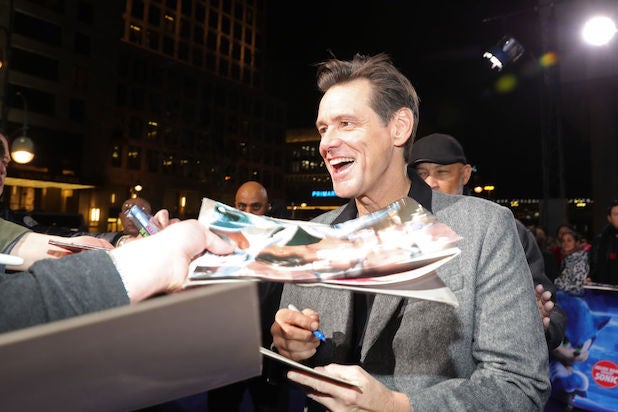 In his version of “Jaws,” where the threat isn’t a shark but rather the coronavirus and the deadly illness it causes, Jim Carrey has already figured out who’d make the perfect Mayor Larry Vaughn.

In Carrey’s latest political cartoon, shared on Thursday, President Donald Trump is depicted wearing the seersucker suit of the “Jaws” mayor and asking two beachgoers, “Why aren’t you going in the water?!” as a bloody limb can be seen on the sandy shore.

“Trump is willing to risk countless lives to save his economic record,” Carrey wrote. “He has fully become the mayor from Jaws.”

Trump is willing to risk countless lives to save his economic record. He has fully become the mayor from Jaws. pic.twitter.com/ZggJClEaXG

In the film, Mayor Larry Vaughn of Amity Island (played by Murray Hamilton) refuses to comply with local officials, who request that he close the beaches after a young woman is killed by a shark. Instead, the mayor says he wants to keep the beaches open — especially on the Fourth of July — for the sake of the economy.

“We will be open for business. It’s going to be one of the best summers we’ve had,” the mayor says in the film.

Trump, meanwhile, has said that he wants to reopen America’s businesses by Easter despite cautioning from health care officials that social distancing and self-quarantining protocols should still be in place to help stop the spread of the virus.