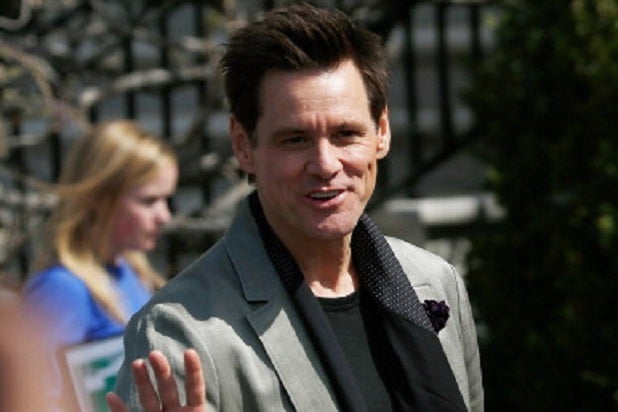 Jim Carrey told a big ol’ whopper about not having STDs in a declaration he filed this week, according to the attorney for the mother of Carrey’s deceased ex-girlfriend, Cathriona White.

In a declaration filed this week, Carrey adamantly denied transmitting sexually transmitted diseases to White — a denial that an attorney for White’s mother, Brigit Sweetman, ripped to shreds in his own declaration, filed Thursday.

“Mr. Jim Carrey and his attorneys have unfortunately taken considerable steps to mislead this Court,” attorney Michael Avenatti said in his declaration. “Indeed, Carrey, in a desperate effort to save his career and false persona, has even gone so far as to submit a knowingly false declaration.”

Thursday’s declaration continued, “By way of example … Carrey falsely claims that he never had any sexually transmitted diseases (“STDs”) and that he never gave any STDs to Ms. Cathriona White. That is patently false as easily shown by the evidence in this case.”

Avenatti claims that Carrey tested positive for hepatitis A, herpes I and II, and chlamydia in a January 2013 blood test he took under the pseudonym Jose Lopez. The lawyer’s declaration goes on to claim that Carrey had unprotected sex with an unwitting White on multiple occasions, including on Valentine’s Day 2013.

“[I]nstead of giving Ms. White flowers and chocolates, Carrey should have given her his STD test results and the truth, and he should have refrained from sex with her — THAT is what she deserved on Valentine’s Day,” Avennati said.

“All of the above can lead to only one conclusion — Carrey’s declaration, submitted under penalty of perjury to this court, is patently false and unreliable,” Avennati concluded.

Carrey is being sued for wrongful death by Sweetman, who claims that the actor contributed to White’s 2015 suicide by providing her with pills obtained under the alias Arthur King and infecting her with STDs.

White’s estranged husband, Mark Burton, has filed a similar suit against the actor.

In a statement issued Thursday, Sweetman called Carrey “a dishonest Hollywood celebrity who thinks he can say anything and fool people just because he is famous.”

“This is just another desperate attempt by the attorney after Cathriona White’s own family distanced themselves from this sham lawsuit yesterday.  These distortions and false statements by the attorney do a disservice to Cathriona’s memory and to the truth,” Singer said. “Cat White’s biological mother, Brigid Sweetman acknowledged in writing that she received death threats because people believed she was responsible for Cat’s death. This latest attempt to create a diversion by the attorney from his meritless claims just shows how low he will stoop.”