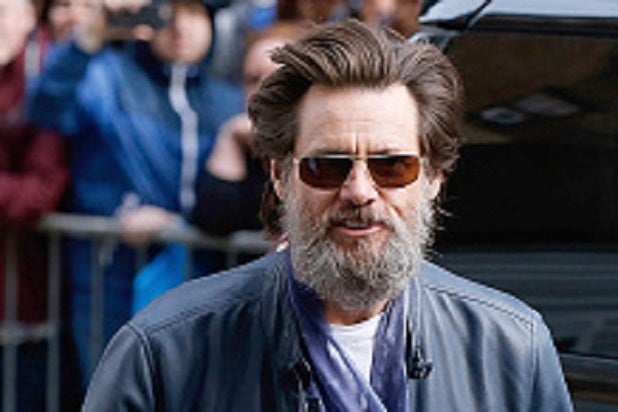 Jim Carrey has fired back in a lawsuit filed by the mother of his deceased ex-girlfriend Cathriona White, claiming that White’s mother considered taking her own life because she felt she was being blamed for her daughter’s suicide.

In a declaration filed Tuesday, Carrey states that White’s mother, Brigit Sweetman — who filed a wrongful death lawsuit against Carrey earlier this month — emailed him after White’s September 2015 death, complaining that people were blaming her for her daughter’s suicide because of a “terrible Facebook message” she had sent White. According to Carrey, Sweetman claimed that she was being harassed and that her house had been vandalized.

“She had also alluded to asking me for money which I declined,” Carrey says in the declaration.

An email purportedly from Sweetman and attached as an exhibit to the declaration reads, “I am on the point of killing myself, but not for my husband Brian I would.”

Carrey is being sued by Sweetman, as well as White’s estranged husband Mark Burton, who both claim that Carrey contributed to White’s suicide by providing her with drugs and transmitting sexually transmitted diseases to her without telling her that he was infected.

In his declaration, Carrey denies those allegations, saying that he discovered that painkillers he was prescribed for his back were missing shortly before White’s suicide.

In his 10-page declaration, Carrey also states that White had written two previous suicide notes, in 2012 and 2013, but the actor only became aware of them after her death.

“One was very loving toward me written in 2012; another, written during our breakup in 2013, was filled with vitriol,” Carrey says.

Carrey additionally states that, at the time of White’s death, he did not consider them broken up, despite having disagreements about an impending cohabitation agreement.

“Earlier today, Jim Carrey filed a baseless motion with the court as part of his continued attack on a grieving mother. His conduct is disgusting and dishonest. Who attacks a mother of a dead girl?” Avenatti said. “Carrey is a fraud and when he is forced to testify under oath, the ugly truth will be laid bare. We are confident that the court will see through the nonsense Carrey is peddling.”