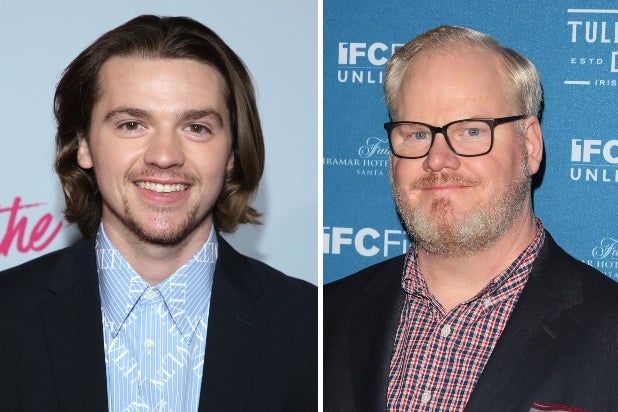 Jim Gaffigan and Joel Courtney will star in Lionsgate and Kingdom Story Company’s “Jesus Revolution,” based on the true story of a national spiritual awakening among a group of teenaged hippies in Southern California in the early 1970s, it was announced on Friday.

In the film, Courtney will play Greg Laurie, a counterculture teen in the late 1960s who joined the Jesus revolution in Southern California and went on to start Harvest Christian Fellowship, one of the largest congregations in America.  Gaffigan will star as Chuck Smith, the real-life pastor of Calvary Chapel in Costa Mesa. Smith served as a mentor to Laurie and famously opened his church to hippies.

“I love this era,” Gunn said. “The defiant search for truth, the fight against oppression, the hope for a better future in the midst of social turmoil. In that way, it’s not unlike our world today. And I couldn’t be more excited to work with Jim and Joel to tell this honest, captivating story that will serve as a powerful reminder that radical love really can change the world.”
“This is a distinctly American story of rebirth,” Gaffigan added. “The late 1960s and early 1970s were a time when spirituality was on the wane, leaving a lot of people searching for answers in other places. I’m excited to play a pastor who helped make a home for the people most desperate for those answers and built a congregation – a coming together of people – to make something greater than themselves.”

Courtney said:  “When I read the script, I was very drawn to the idea of portraying a man who is completely lost within himself and seeks to find a path and purpose during a time of national turmoil.”

Gaffigan’s most recent credits include “Tesla,” “Troop Zero,” “American Dreamer,” “Them That Follow,” “Light from Light,” “Super Troopers 2” and “Chappaquiddick.” His online shows, “Dinner with the Gaffigans” and “Let’s Get Cookin’,” are currently streaming on YouTube.

Courtney starred in J.J. Abrams’ “Super 8” and currently stars in the Netflix Original Film franchise “The Kissing Booth.” His other recent film credits include “Assimilate” and “The River Thief.”