Jim Seals, one half of the Seals and Crofts soft-rock duo known for several hits including 1972’s “Summer Breeze,” has died. He was 80.

“I just learned that James ‘Jimmy’ Seals has passed,” he wrote. “My heart just breaks for his wife Ruby and their children. Please keep them in your prayers. What an incredible legacy he leaves behind.” 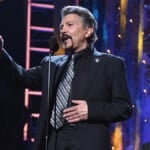 “I spent a large portion of my musical life with this man.  We toured together, he and Dash invited us to sing on Seals and Crofts records, and we played with him for years. He was Dan’s older brother, it was Jimmy that gave Dan and me our stage name,” Coley wrote. “He taught me how to juggle, made me laugh, pissed me off, encouraged me, showed me amazing worlds and different understandings on life, especially on a philosophical level, showed me how expensive golf was and how to never hit a golf ball because next came the total annihilation of a perfectly good golf club and the list goes on and on.”

“We didn’t always see eye to eye, especially as musicians, but we always got along and I thought he was a bona fide, dyed in the wool musical genius and a very deep and contemplative man,” he continued. “He was an enigma and I always had regard for his opinion.  I listened to him and I learned from him.  We didn’t always agree and it wasn’t always easy and it wasn’t always fun but it definitely was always entertaining for sure.  Dan adored his older brother and it was because of Jimmy opening doors for us that we came to Los Angeles to record and meet the right people.”

“This is a hard one on so many levels as this is a musical era passing for me.  And it will never pass this way again as his song said,” Coley added with a reference to the 1973 song of the duo “We May Never Pass This Way (Again). “ He belonged to a group that was one of a kind. I am very sad over this but I have some of the best memories of all of us together.  Rest In Peace Jimmy.  You and Dan finally get reunited again.  Tell him and your sweet momma hi for me.” 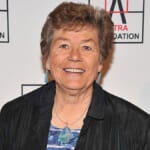 Seals served as the lead vocalist of the pair of soft rock singers. Songs they were known for include “Summer Breeze,” 1973’s “Diamond Girl” and 1976’s “Get Closer” which they sang with Carolyn Willis.

In 1980, Seals and Crofts parted ways, reuniting a few times after to produce the album “Traces” in 2004. 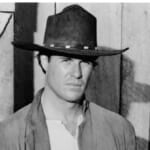 The name Seals survives in music with cousins Brady and Troy Seals as well as Uncle Chuck Seals.