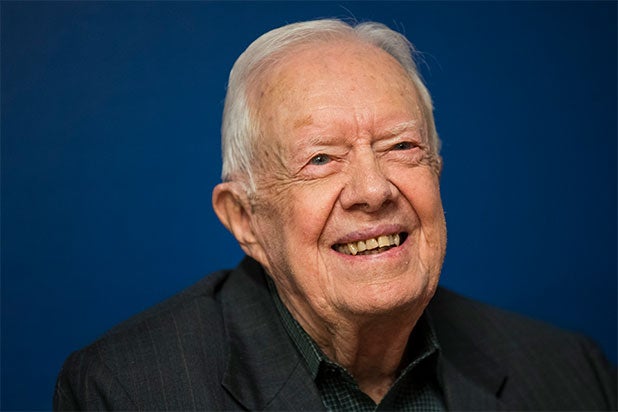 CNN Films acquired the NA broadcast rights to the film earlier this month. It was supposed to be the opening night film at the Tribeca Film Festival in April before the coronavirus pandemic shut down festivals. It closed out the AFI Docs Festival last week.

The documentary was created by the award-winning director Mary Wharton, producer Chris Farrell, and writer Bill Flanagan. The film will be released in theaters this September.

“When Chris and Mary came to Plains to show the film to me and my family, it was entertaining and emotional for all of us. The film exceeded my expectations in every way. I’m thrilled that ‘Rock & Roll President’ will reach a broad audience,” Carter said. “Despite the difficult times we are in, the film highlights my personal belief that we should remain hopeful and that music is a powerful source of hope in trying times.”

Farrell and Wharton added, “We’ve been so gratified with the warm reception that online audiences have had for our film, and we are thrilled that Greenwich will give the American people the opportunity to experience it in a theater this fall. The first time we spoke to Andy and Ed we knew they understood that the story of an incredible man and his love of music was not just entertaining but also very timely. President Carter shows us that character and good works can serve as a guide not just for our leaders but for all of us, and that music can bring us together even in turbulent times.”

The deal was negotiated by Ed Arentz and Andy Bohn at Greenwich Entertainment and by Dan Braun and Josh Braun of Submarine on behalf of the filmmakers. The film is a Not Just Peanuts production. It was financed by Thunder Moccasin Pictures. Dave Kirkpatrick served as a producer. Executive producers include Braun, Peter Conlon, David Crawford, and Wharton.