Elon Musk is developing a new “paywalled video” feature on Twitter that would allow users to set prices for video content, The Washington Post reported earlier this week, and Jimmy Kimmel already knows who may be its top costumer – especially if there’s pornography in the mix.

“Many believe this will turn Twitter into OnlyFans, inevitably leading to pornography and adult content –and an $8,000 bill for Ted Cruz, if you know what I mean,” Kimmel joked on Wednesday.

The “Jimmy Kimmel Live!” host introduced Musk’s latest money-making move before ribbing the senator from Texas, first by saying that Twitter’s ongoing dramatics is contributing to Americans’ lack of productivity.

“Ironically, employees at Twitter right now have been working 12-hour shifts, seven days a week, to meet deadlines established by their terrible new owner, Elon Musk,” Kimmel said. “Elon Musk, you know, tried to get out of this deal. He offered way too much for Twitter – and now I guess he’s trying to get back as much of that $44 billion investment as he can.” 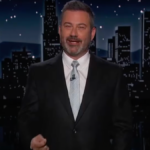 Also Read:
Kimmel Is Certain Trump’s Jan. 6 Testimony Will Be a Lie: ‘When Donald Trump Takes an Oath, It Ends in Divorce’ (Video)

That led to Kimmel to discussing the Wall Street Journal break on Musk’s proposed paywall.

“They’re working on something called ‘paywall video.’ This would allow users to post videos and then charge other users to watch the videos – which is really a good idea!” he teased. “You know, I was browsing through Instagram the other night and I said, ‘This is great, but I wish it wasn’t so free.'”

Like many things online tend to do when given the chance, Kimmel posited that such a move would likely lead to more adult content on the social media platform.

“Many believe this will turn Twitter into OnlyFans, inevitably leading to pornography and adult content – and an $8,000 bill for Ted Cruz, if you know what I mean,” Kimmel said, concluding the bit. 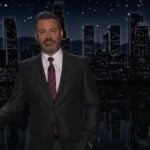 Also Read:
Kimmel Wonders if Kanye Has ‘Been a Sacha Baron Cohen Character’ All Along (Video)
x