Like almost everyone else in America, Jimmy Kimmel is thrilled by the news that America might finally ditch the stupid, weekend-ruining, possibly physically dangerous twice yearly time shift between Standard and Daylight Savings Time. And he celebrated it during his opening monologue Tuesday night.

He also lightly dinged the bill’s sponsor for having a rare pro-science argument behind it.

To catch you up, earlier in the day the U.S. Senate took a break from ensuring nothing good can ever actually become law to… help make something good become law. On a extremely rare unanimous vote, it passed Marco Rubio’s Sunshine Protection Act that, if it is also passed by the House of Representatives, will make Daylight Savings Time permanent. No more sleep-destroying swapping back and forth, no more dusk at 3 PM in December.

Anyway, back to Kimmel, who began his monologue calling this “a day that I’ve been waiting for almost my whole adult life – something finally happened. The United States Senate today voted, across party lines, to make daylight Saving Time permanent.” 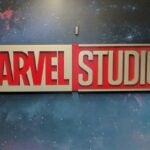 “Meaning we may never have to change the clock on the microwave again,” Kimmel added.

“They’ve been trying to do this, various politicians have been trying to do this for years, but they kept getting clock-blocked. And not only this time not only did it pass, the vote was unanimous,” Kimmel continued. “When was the last time anything got a unanimous vote in the Senate? They couldn’t even agree unanimously to condemn Asian-American hate crimes! Josh Hawley was like, ‘Let’s not rush into anything.'”

That last aside is true, by the way, Josh Hawley really is the only Senator to vote against that hate crimes bill.

“But this time they did. Senator Marco Rubio of Florida, a Republican, was the lead sponsor of the bill. He said, ‘There’s strong science behind it that is now showing and making people aware of the harm that clock switching has.’ God. Well, good for you Marco. Wait until you find out about all the other things that have strong science behind them. You’re gonna be amazed. This is gonna be big for you,” Kimmel joked.

“But it’s a positive step. We’ve got some common ground! I am exceptionally proud to be an American today. We finally agreed on something,” Kimmel said. “An idea that every sane American can get behind – that the sun shall never again set at lunchtime on Christmas day! And may God bless us everyone.”