Jimmy Kimmel is taking “Jimmy Kimmel Live!” back to his hometown of Brooklyn, New York, for a week-long stint this fall, ABC announced on Tuesday.

The five “Brooklyn Week” shows will tape in front of a live studio audience from the Brooklyn Academy of Music Howard Gilman Opera House. Airdates and guests will be announced at a later date.

Local Brooklyn celebrities who’ve stopped by to chat with Kimmel when he’s in been in town the past five times include Eddie Murphy, Adam Sandler, Bernie Sanders and Chris Rock. In 2019, guest Alicia Keys surprised him and hundreds of his guests with tickets to her sold-out show that same night at the nearby Barclays arena. 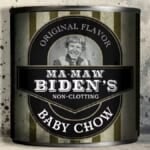 Kimmel already hosted a show from the East Coast this year when he and Jimmy Fallon pulled an epic April Fools’ joke by swapping late night shows, with Kimmel taking over “The Tonight Show” from NBC studios in New York City and Fallon surprising guests at “Live!”s home base at the El Capitan Entertainment Centre on Hollywood Boulevard in Los Angeles.

“Jimmy Kimmel Live!” is currently in its 20th season.