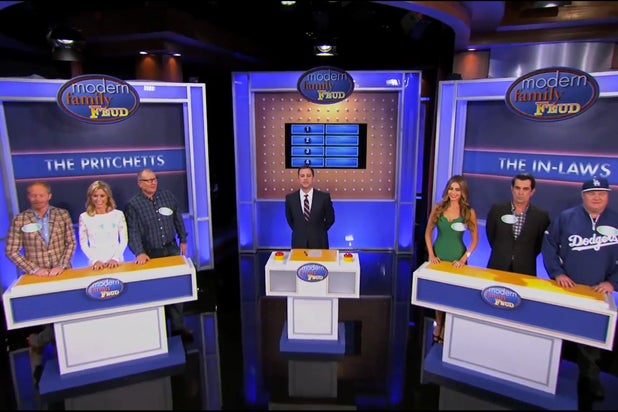 The Pritchetts and the “In-Laws” were pitted against each other for three rounds, where they tried to guess Americans’ answers to what they took pictures of and posted to Facebook, midnight snacks, and something they squeeze.

We’re not going to give away which side won, but the prize was a “Modern Family Feud” home game edition.

It’s worth it just to see Vergara guess “boob!” “leftover empandas” and “my butt.”