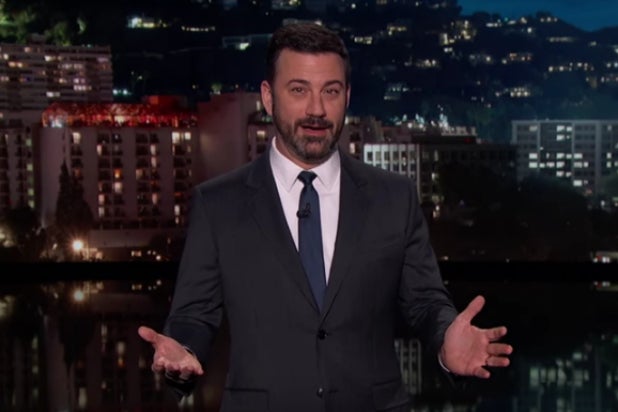 Jimmy Kimmel had a pretty simple response to the Huffington Post regarding a column ripping him for discussing a guest’s pregnancy on his show: “F— off.”

On Wednesday, the site posted a column titled: “Dear Jimmy Kimmel, Megan Fox‘s Pregnancy Is None Of Your Business” after the ABC late-night host brought up Fox’s impending motherhood during an interview Tuesday.

“Dear @HuffingtonPost – Megan agreed to discuss this before the show, so fuck off,” Kimmel wrote on Twitter.

Fox was on the show to promote her upcoming film “Teenage Mutant Ninja Turtles: Out of the Shadows” when the topic of her pregnancy came up.

“Do you feel, in a way, like you lied to me by coming out here pregnant and not indicating it in any way?” Kimmel asked the actress, referencing the last time she appeared on the show, before publicly announcing that she was expecting.

When Fox asked if Kimmel felt entitled to “that sort of intimate information,” the host jokingly responded, “Yes, I do.”

“The audience laughed and clapped after Kimmel joked that Fox was a liar, but this line of questioning is not amusing. Women are not obligated to announce that they’re pregnant, even if they’re famous,” Huffington Post’s Hayley Cuccinello wrote in her scathing column.

“His invasive questioning shows exactly why some celebrities go to such lengths to hide their pregnancies,” she continued. “Last time we checked, broadcasting your personal life was not part of the ‘actress’ job description.”

Dear @HuffingtonPost – Megan agreed to discuss this before the show, so fuck off