‘With utmost sorrow, I inform everyone that our beloved father Mr Wang Yu, who battled the demon of disease these last six years, passed away peacefully this morning of April 5 at Taipei Cheng Hsin Hospital. He was 80 years old,” she wrote, according to translator Dylan Cheung. She did not indicate the nature of the disease.

She added, “I believe his [1967 film] One-Armed Swordsman — that image of a dashing great swordsman — will remain forever in the hearts of film history and film fans alike.”

Director Ang Lee told the China News Agency: “It’s with the deepest sorrow that we learned of his passing today. For many fans like me, he represents the vibe of a certain era. His films and his heroic spirit will be deeply missed.” 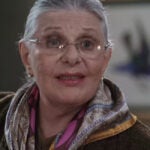 Jackie Chan shared a post to Facebook, writing, “Another martial arts hero has left us…. The contributions you’ve made to kung fu movies, and the support and wisdom you’ve given to the younger generations will always be remembered in the industry. And your movies will always remain in the hearts of your fans.”

Born Wáng Zhèngquán in 1943 in Shanghai, Wang got his start in Hong Kong cinema working for the Shaw Brothers Studio. His best-known film, “One-Armed Swordsman”, was the first Hong Kong film to gross HK$1 million at the local box office. He reprised the role in 1969’s “Return Of The One-Armed Swordsman.”

After breaking his contract with the company, he was banned from making films in Hong Kong and subsequently moved to Taiwan, where the majority of his work was produced. His films included 1975’s “The Man From Hong Kong,” which was released in the U.S. as “The Dragon Flies,” in which his hero faces off with a crime lord played by former James Bond George Lazenby, “The Chinese Boxer,” and “The Return of the Chinese Boxer.”

In a 2007 interview with a Taiwanese newspaper, he claimed he been hired by the Chinese Nationalist Party (KMT) to assassinate former Democratic Progressive Party (DPP) chairman Hsu Hsin-liang, who was living in exile in the U.S. in the 1980s.

Wang retired in 1997, but returned to acting in 2011’s “Wu Xia”, which starred Donnie Yen and Takeshi Kaneshiro. HIs final film was 2013’s “Soul.” He was awarded the Lifetime Achievement Award at the 2019 Golden Horse Awards in Taiwan.