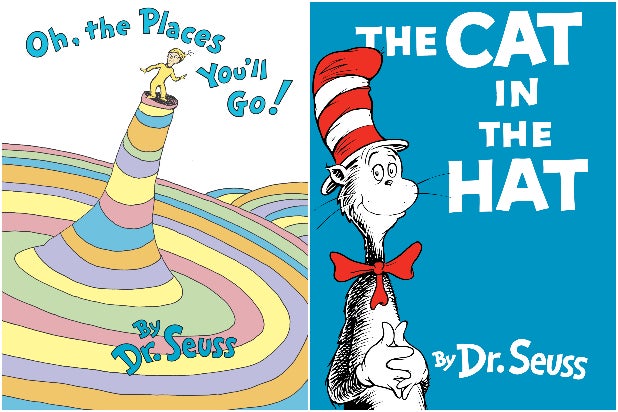 The “Seussiverse” kicks off in 2024 with a “Cat in the Hat” feature film that’s currently in development and is expected for 2024 with Erica Rivinoja and Art Hernandez attached as directors. The second season of “Green Eggs and Ham,” a joint project between Warner Bros. and Netflix, was also just picked up.

Abrams will serve as a producer along with Hannah Minghella, Bad Robot’s head of motion pictures, making it the director’s first foray into animation. More details on the collaborations between Dr. Seuss Enterprises and Warner Animation Group will be unveiled in the coming months.

“Warner Animation Group truly understands the timelessness of Dr. Seuss, the incredible impact of the characters and stories, and how to translate the magical appeal to truly come to life on screen,” Susan Brandt, president of Dr. Seuss Enterprises, said in a statement. “With the amazing talent they are bringing to these projects, we are looking forward to bringing ‘Oh, The Places You’ll Go!’ and ‘Thing One and Thing Two’ to fans in a way that will delight them, capture their imaginations, and inspire them to read and re-read the stories.”

“We are so thrilled to expand our creative partnership with Dr. Seuss Enterprises and are even more excited about the expansion of this slate of films,” Allison Abbate, EVP, Warner Animation Group, said in a statement.