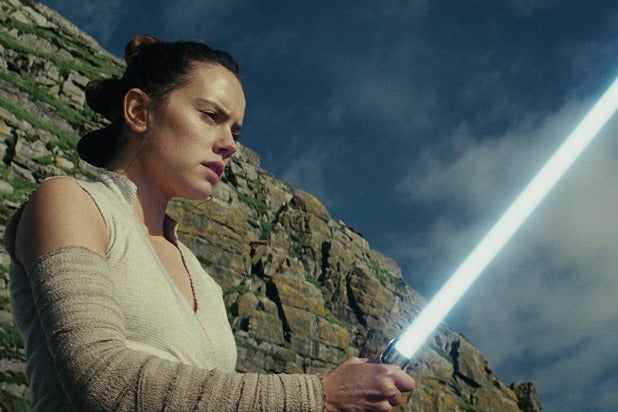 After seeing the trailer and the title for “Star Wars Episode IX: The Rise of Skywalker,” we began to suspect that director J.J. Abrams might undo some of the plot points and themes established in “The Last Jedi.” One of those lingering questions was the revelation about Rey’s parents and where she comes from.

While Kylo Ren says in “Episode VIII” that Rey’s parents were “nobodies” and that she could sense she doesn’t come from some long lineage of Jedi blood, Abrams teased in a recent interview that might not be all there is.

“I will say that we knew going into this that this movie had to be a satisfying conclusion, and we’re well aware that that is one of the things that’s sort of been out there,” Abrams told ABC News. “I don’t want to say that what happens in ‘Episode VIII’–you know, we’ve honored that. But I will say there’s more to the story than you’ve seen.”

It’s good to hear however that Abrams intends to honor the story directions taken in Rian Johnson’s film, but his quote potentially suggests that Abrams has stuck with the same vision he started out with when making “The Force Awakens.” It was revealed in a 2017 Rolling Stone profile of Abrams that back when that movie was filming, Abrams told star Daisy Ridley from the beginning who Rey’s parents were, and that Johnson gave her the same answer upon filming “The Last Jedi.”

Abrams also revealed that one of the codenames given to “The Rise of Skywalker” to prevent any leaks was “Trixie,” which aside from being a cute name that Abrams liked, contained the letters “IX,” or the Roman numeral for nine, in the name.