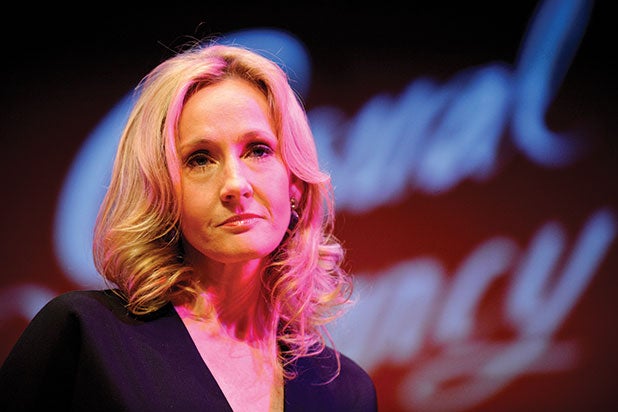 An interview published by British tabloid The Sun with J.K. Rowling’s abusive ex-husband has drawn outrage from politicians and others.

Jorge Arantes confirmed to the Sun that he did slap the “Harry Potter” writer, but was “not sorry.” He denied more sustained abuse than that. They married in 1992. Rowling filed for divorce in 1994.

Disability advocate Nicky Clark praised Rowling in her condemnation of the interview: “I see The Sun has chosen to track down JK Rowling’s abuser. This is why women think very carefully about detailing domestic violence because it often continues and increases the abuse and trauma. Her courage in detailing it, knowing what she’d be subjected to is incredible.”

Scottish politician Paul Wheelhouse wrote, “So I can see The Sun has launched a disgraceful front page story today, which I will not share. Totally inappropriate way to treat a very sensitive issue on the abusive relationship that JK Rowling had to live through. They should be deeply ashamed of themselves. They wont be.”

Members of Parliament like Luke Pollard, Margaret Ferrier and Jess Phillips went after the publication, too.

The Sun issued a statement amid the uproar, saying it was not the paper’s intention to “glorify” domestic abuse: “Our intention was to expose a perpetrator’s total lack of remorse.”

In a Wednesday blog post addressing her comments on trans women, Rowling wrote, “I’ve been in the public eye now for over twenty years and have never talked publicly about being a domestic abuse and sexual assault survivor. This isn’t because I’m ashamed those things happened to me, but because they’re traumatic to revisit and remember.”

Rowling faced backlash for comments she made on Twitter over the weekend about an article titled, “Opinion: Creating a more equal post-COVID-19 world for people who menstruate.”

“‘People who menstruate.’ I’m sure there used to be a word for those people. Someone help me out. Wumben? Wimpund? Woomud?” Rowling tweeted. The tweet was criticized as being transphobic and drew accusations that Rowling is a TERF, or Trans-Exclusionary Radical Feminist.

“If [biological] sex isn’t real, there’s no same-sex attraction. If sex isn’t real, the lived reality of women globally is erased,” Rowling responded. “The idea that women like me, who’ve been empathetic to trans people for decades, feeling kinship because they’re vulnerable in the same way as women — ie, to male violence – ‘hate’ trans people because they think sex is real and has lived consequences — is a nonsense.”