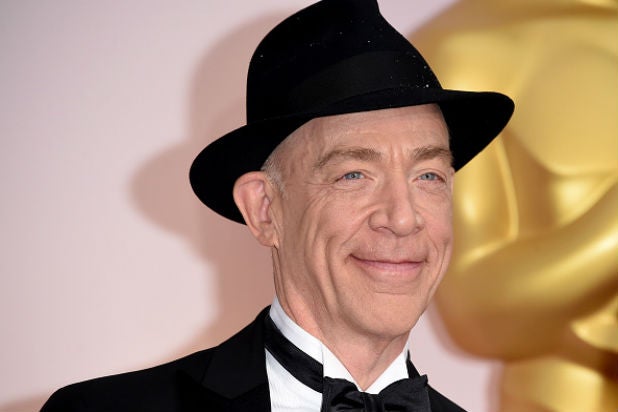 Academy Award winner JK Simmons has joined the cast of the Lucille Ball and Desi Arnaz biopic “Being the Ricardos.” The upcoming Amazon drama is being written and directed by Aaron Sorkin.

Simmons will play actor William Frawley, who was Ball and Arnaz’s co-star on “I Love Lucy.” Frawley played the role of Fred Mertz on the classic sitcom. Simmons joins Nicole Kidman and Javier Bardem, who are in final talks to play Ball and Arnaz.

The film will follow Ball and Arnaz during a week of production on “I Love Lucy,” from a table read to a shoot in front of a live studio audience. Along the way, the pair faces new challenges that could forever alter their careers and their marriage.

Escape Artists will produce the film with Todd Black, Jason Blumenthal and Steve Tisch as producers and Jenna Block and David Bloomfield as executive producers. Ball and Arnaz’s children, Lucie Arnaz and Desi Arnaz Jr., will also serve as executive producers with Stuart Besser and Laurie Lohman. Due to the COVID-19 pandemic, a start date on production has not been set.

“Being the Ricardos” will be Sorkin’s third film as director following “Molly’s Game” and last year’s “The Trial of the Chicago 7,” which is expected to earn multiple Oscar nominations.

Simmons most recently starred opposite Andy Samberg in the Hulu comedy “Palm Springs” and will next be seen reprising his role as Commissioner Gordon in “Justice League: Snyder Cut,” which premieres on HBO Max next month. Simmons will also star opposite Chris Pratt in the sci-fi thriller “The Tomorrow War.”

JK Simmons is repped by Gersh.