The actress, whose TV credits included multiple daytime soap operas and NBC’s “Law & Order,” passed away in her sleep in her Manhattan home, her son, Eric Kupchik, told The Hollywood Reporter. Kupchik did not immediately respond to TheWrap’s request for comment.

Copeland starred in Miller’s 1968 play “The Price” and later won a Drama Desk Award for Outstanding Actress in a Play for her portrayal of Rose Baum in Miller’s 1980 Depression-era play “The American Clock.” The music-loving character was inspired by their mother, Augusta.

“Arthur didn’t write the part for me, but it’s one of the few roles I didn’t have to audition for my brother,” she said in a 2012 interview. “I’ve had to audition for several of his plays, and he always treated me as an actress, not a sister.” 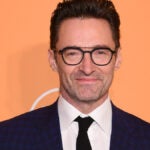 Born Joan Maxine Miller in New York on June 1, 1922, Copeland made her professional acting debut as the female lead in a 1945 production of “Romeo and Juliet” at the Brooklyn Academy of Music.

For her Broadway debut in 1948’s “Sundown Beach,” she chose a stage name: “I didn’t want Miller, for obvious reasons; I did not want to trade on my brother’s name,” she told The New York Times in 1981.

Despite the name change, she had trouble finding work when Miller was blacklisted in 1957. The Pulitzer-winning playwright, who penned such classics as “Death of a Salesman,” “The Crucible” and “A View From the Bridge,” died in 2005 at age 89. 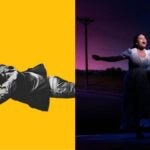 Also Read:
Broadway Shows ‘Waitress’ and ‘Thoughts of a Colored Man’ Close Due to COVID Surge

Copeland was one of the first members of the prestigious Actors Studio and appeared on Broadway 13 times. She was nominated for her first Drama Desk Award after replacing Eleanor Parker in a 1976 revival of the musical “Pal Joey.”

She also starred in several daytime soaps, with memorable turns as twins on CBS’ “Love of Life,” the villain Andrea Whiting on CBS’ “Search for Tomorrow,” and Gwendolyn Lord Abbott on “One Life to Live,” as well as appearances on “The Edge of Night” and “As the World Turns.”

“Law & Order” fans may remember her from her appearances as Judge Rebecca Stein on the NBC drama from 1991-2001. She also guested on episodes of “All in the Family,” “Cagney & Lacey,” “ER” and “Chicago Hope.”