Didion, who won the National Book Award for Nonfiction for “The Year of Magical Thinking” and was a finalist for both the National Book Critics Circle Award and the Pulitzer Prize for Biography/Autobiography for the 2005 book, was 87.

“We are deeply saddened to report that Joan Didion died earlier this morning at her home in New York due to complications from Parkinson’s disease,” Paul Bogaards of Knopf Publishing said in a statement to TheWrap. “Didion was one of the country’s most trenchant writers and astute observers. Her best-selling works of fiction, commentary, and memoir have received numerous honors and are considered modern classics.” 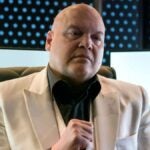 Aside from “The Year of Magical Thinking,” which Didion wrote about the year after the 2003 death of her husband John Gregory Dunne, the California native’s most notable works include “The White Album,” “Play It as It Lays,” “The Book of Common Prayer,” “Slouching Towards Bethlehem,” “Run River,” “Blue Nights,” “South and West” and “Let Me Tell You What I Mean.”

In “Blue Nights,” Didion worked through the loss of her and Dunne’s daughter, Quintana Roo Dunne, who died of pancreatitis and septic shock two years after Dunne’s death.

Didion and Dunne wrote a number of screenplays together, including “A Start Is Born,” “Panic in Needle Park,” “True Confessions,” “Up Close and Personal” and an adaptation of her novel “Play It as It Lays.” 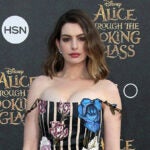 Born in Sacramento, California in 1934, Didion used her home state as the basis for a lot of her work, and is counted as a leading writer in the unconventional New Journalism literary movement of the 1960s and 1970s that fused reporters into the work they were reporting in an inherently subjective manner.

Didion graduated from the University of California, Berkeley in 1956 and began her writing career at Vogue after winning an essay contest sponsored by the magazine. She worked at Vogue from 1956 to 1963, first as a copywriter and later as an editor.

Her life and career were detailed in the 2017 documentary “Joan Didion: The Center Will Not Hold.”