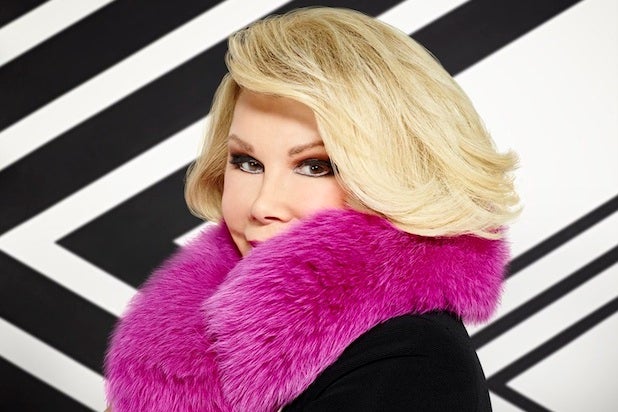 Joan Rivers, who broke barriers and made the way for female comedians after her, died on Thursday.

The comedian was left on life support after she stopped breathing during throat surgery last week. Her only daughter, Melissa, broke the news on Thursday.

“My mother’s greatest joy in life was to make people laugh,” she said in the announcement. “Although that is difficult to do right now, I know her final wish would be that we return to laughing soon.”

Rivers, whose accomplishments include fronting E!’s “Fashion Police,” becoming the preferred substitute host for Johnny Carson’s late night show and becoming only the second woman to host a late night TV show, was honored by her famous fans Ellen DeGeneres, Kathy Griffin, Albert Brooks and Jimmy Kimmel, among others.

See below for Hollywood’s reaction to Rivers’ death:

Kelly Osbourne: “I’m completely heartbroken by the loss of my beloved Joan. Not only was she my boss, she was and will always be my teacher, therapist, closest friend, inspiration and the only grandmother I ever knew. She was family and I will never forget her. Laughter will be difficult for a while but when I’m sad, lonely or upset all I will have to do is think of Joan and a smile will cross my face. Laughter is what she gave us and laughter is what she would want us to do in remembrance of her. Melissa and Cooper, my thoughts are with you and I love you both so much. Joan, thank you for taking me in and loving me as a daughter. I will miss you deeply and will always hear your voice in my head saying ‘my darling get out there and be you!'”

Giuliana Rancic: “It is almost impossible to describe how much I adored Joan and how much she has meant to me. She was not only the funniest woman I have ever met but was incredibly loving, honest, and lived her life with no regrets. Working with her for the last 13 years has been one of the true joys of my life. She could put a smile on your face, instantly, no matter how hard your day was. My heart goes out to Melissa and Cooper who have lost something that can never be replaced. Their bond was truly one-of-a-kind. They had the greatest mother and grandmother anyone could ever hope for. My life is so much fuller and happier because I got to share it with this beautiful person, a true genius. I woke up today unable to grasp what the world will be like without her and at the same time feel so privileged to have called her my friend.”

Ryan Seacrest: “Joan was a trailblazer in so many ways, and I greatly admired her talent and humor. She was a colleague and friend, as we worked together on E!, and she was also a treasured guest on my radio show many times. Regardless of the forum, Joan was full of funny, witty surprises and she had so much spirit. She will be greatly missed. My thoughts and prayers go out to Melissa and her family.”

Barbara Walters: “No one loved life, laughter, and a good time more than Joan. We would have dinner and laugh and gossip and I always left the table smiling. She was a brassy, often outrageous, and hilarious performer who made millions laugh. In private, she was the picture of elegance and class. I will miss her.”

Louis CK: “I feel very lucky that I knew Joan Rivers and I feel very sad that she’s gone. She was a great comedian and a wonderful person. I never saw someone attack a stage with so much energy. She was a controlled lightning bolt. She was a prolific and unpredictable, joyful joke writer. She loved comedy. She loved the audience. She was a great actress and should have done that more. She loved living and working. She was kind. She was real. She was brave. She was funny and you just wanted to be around her. I looked up to her. I learned from her. I loved her. I liked her. And I already miss her very much. It really fucking sucks that she had to die all of a sudden.”

Amy Heckerling, who directed Rivers in “Look Who’s Talking”: “She broke down so many barriers, all women in entertainment owe her an enormous debt.”

Joan Rivers has died. What a sad ending to a brilliant and tragi-comic life; one of the bravest, and funniest of all.

Joan Rivers will always be a pioneer. She paved the way for a lot of comedians. I’m very sad she’s gone. pic.twitter.com/i1uE9fyHMh

A legend, a friend, a mentor, an icon, and wildly funny. One of a kind. RIP #JoanRivers @joan_rivers pic.twitter.com/jnAC5G4AQo

Love Her or Hate Her, we're gonna Miss JOAN RIVERS! I always Respected her go for broke humor. One of a kind.R.I.P.

Watching Joan Rivers do standup at age 81 was incredible: athletic, jaw-dropping, terrifying, essential. It never stopped. Neither will she.

Joan Rivers was a huge presence in American comedy forever. She was one of a kind and will be a great loss to all who loved humor. R.I.P.

RIP Joan Rivers. She was so damn funny.

I am so sorry at the passing of Joan Rivers. She was a friend. She inspired me. She made me laugh since I was a kid, and I loved her so much

So sad to have lost Joan Rivers.She may have been 81 but was still in her prime with a mouth that wouldn't quit. The silence is deafening

She was a comedic genius and she will be missed. I'm honored to be able to call her my friend #RipJoanRivers

My heart breaks for the family and friends of Joan Rivers. What a beautiful and light filled person. You will be missed.

Joan Rivers was one of the smartest and most beautifully flawed women of all time.