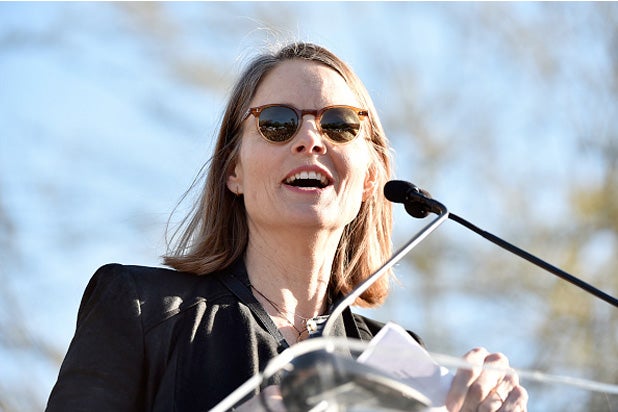 Jodie Foster takes aim at big-budget studio movies, telling Radio Times magazine that they could spell doom for Hollywood in the way they shape the expectations of American audiences.

“Going to the movies has become like a theme park,” she told the magazine, according to the Telegraph. “Studios making bad content in order to appeal to the masses and shareholders is like fracking — you get the best return right now but you wreck the earth.”

“It’s ruining the viewing habits of the American population and then ultimately the rest of the world,” Foster continued. “I don’t want to make $200 million movies about superheroes.”

The Oscar-winning actress has shifted her focus to directing in recent years, most recently taking on an episode of the Netflix sci-fi anthology “Black Mirror.” In the interview, Foster described a “lack of respect” for directors in Hollywood that accepts only the “untouchable” likes of Steven Spielberg or Clint Eastwood.