Joe E. Tata, the prolific and versatile TV actor whose most enduring role was as Nat Bussichio, the owner of the Peach Pit on “Beverly Hills, 90210,” has died. He was 85.

“90210” castmate Ian Ziering relayed the news on Facebook, and TMZ later confirmed his death, saying Tata had battled Alzheimer’s since 2014 (the year of his last credited role).

Ziering, who played Steve Sanders on the ’90s show, wrote: “Joey was truly an OG, I remember seeing him on the Rockford files with James Garner years before we worked together on 90210. He was often one of the background villains in the original Batman series. One of the happiest people I’ve ever worked with, he was as generous with his wisdom as he was with his kindness. Though the peach pit was a 90210 set, It often felt like the backdrop to the Joe E Tata show. The stories of days gone by that he would share, incredible experiences in the entertainment industry that he was a part of would keep us all captivated. He may have been in the back of many scenes, but he was a leading force, especially to us guys, on how to appreciate the gift that 90210 was. My smile dims today but basking in fond memories moves him from my eyes to my heart where he will always be. My sincere condolences go out to his family and friends, and everyone else he was dear too. Rest In peace Joey 🙏.” 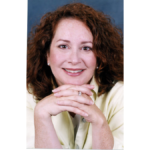 Tata’s character on the teen drama owned the diner that was frequented by lead characters like Kelly (Jennie Garth), Brandon (Jason Priestly), Dylan (Luke Perry) and Brenda (Shannen Doherty). The actor appeared in more than 200 episodes of the series, also reprising his role in the 2008 reboot on The CW.

In the ’60s, he was in series like “No Time for Sergeants,” “Lost in Space” and “Batman,” where he portrayed various villains to the Caped Crusader like Suleiman and Goon. Tata also appeared in the Emmy-winning James Garner procedural “The Rockford Files,” where he played several roles in eight episodes. His other television credits include “O’Hara, U.S. Treasury,” “Mission: Impossible,” “Mannix,” “Adam-12” and “The F.B.I.” Additionally, he was in “Days of Our Lives,” “The A-Team” and “Magnum, P.I.” His last credited role was in the ABC sitcom “Mystery Girls,” with Tori Spelling and Shepard Boucher, in 2014.

Following news of his death, Tata’s castmates from the series took to social media to pay tribute to their costar. Priestly captioned a photo of the pair on Instagram, “Today we lost my dear friend and TV boss Joe E Tata. Nat Busiccio was a huge part of Beverly Hills 90210 and Joey was a huge part of my life. Rest In Peace Joe. There will never be another.”

Garth also shared a post, writing, “Another great loss for our family today 💔 I have a very sad heart but will always remember that smile and mischievously loving laugh. I feel like there’s a reunion party going on at the Peach Pit in heaven and I find comfort knowing that there will be a seat there for me someday surrounded by my dear friends🙏🏻 Sending hugs to all that loved Joey today.”

Ten days ago, it was revealed that “90210” also suffered the loss of Jessica Klein, the Emmy-nominated television writer and producer behind the series who died of pancreatic cancer on July 13. She was 66. Denise Dowse, well known for her “90210” role as Mrs. Yvonne Teasley, also died this month, at 64. 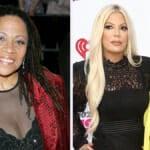