Jessica Klein, an Emmy-nominated television writer and producer who was best known for her work on the original “Beverly Hills, 90210,” died of pancreatic cancer on July 13. She was 66.

“My mom passed at 8:21am this morning. It was peaceful. We were together. Will share funeral and shiva information when I know. It will all be here in LA,” Rose wrote. 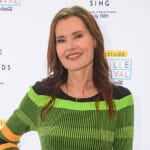 Following her diagnosis last November, Klein had been updating friends and followers via Facebook about her battle against cancer, Rose said in a separate post.

Klein joined “Beverly Hills, 90210” in 1991. She would go on to receive writing credits on 30 episodes while producing more than 60 of the hit series. Following the death of her husband and writing partner Steve Wasserman in 1998, she collaborated with Tommy Lynch on “Just Deal,” “Sk8” and “Scout’s Safari.” Additional credits include “Capitol,” “Mancuso, FBI,” “As the World Turns,” “Just Deal” and “The Other Kingdom.”

Klein’s final writing credit came in 2013 for the daytime soap “One Life to Live,” where she contributed to 39 episodes. Her final producing credit came after 22 episodes of “Make it Pop” from 2015-2016.

Most recently, Klein was hired in 2019 as VP of Programming at digital network Brat, which created content for Gen Z viewers. 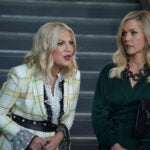