Joe Mantello, the “Hollywood” actor and director of “The Boys in the Band,” is the model for one of four magazine covers for the Out100, Out magazine’s annual list of today’s most influential LGBTQ+ figures, TheWrap can exclusively share.

“Joe Mantello’s breathtaking performance in ‘Hollywood’ moved me unlike any performance I’ve seen this year,” Out’s editor in chief David Artavia said in a statement. “A man of many hats, Joe’s work in theater as both an actor and a director is timeless and continues to exist at the pulse point of many generations. Beloved by many in the entertainment industry, the creative force that is Joe Mantello is only just hitting its stride in television where a new global audience awaits.”

In his Out profile, Mantello discussed working with Ryan Murphy on “Hollywood” and “The Boys in the  Band,” saying he entered into “unknown territory” when he stepped into the world of television.

“When you’re around Ryan long enough, you learn to trust his instincts. He’s got an impeccable eye,” he told Out. “The main reason I did [‘Hollywood’] was because he thought I could do it. That’s an incredible gift for someone to give you.”

Though he was selected as part of the film issue, Mantello is best known for his long career on Broadway as an actor and director, including appearing in the original cast of “Angels in America” and for his work in “Wicked,” “Take Me Out” and “Assassins.” But after directing a star-studded, Tony-winning 2019 revival of Mart Crowley’s 1968 play “The Boys in the Band,” he jumped at the opportunity to bring the drama about mid-20th-century gay life to Netflix and reach an international audience that could help others with their own coming-out journeys.

Also Read: Jim Parsons Spoils a Birthday Party With a Heartbreaking Game in Ryan Murphy's 'The Boys in the Band' Trailer (Video)

“If you live in a country or come from a religious community that still has issues [with accepting LGBTQ+ people], the story has an enormous impact on your real life,” Mantello told Out. “I know that when I was growing up, if I had seen nine out gay actors in a movie, it would have accelerated my own [coming-out] process.”

Check out Mantello’s cover below, and see more from the Out100 at Out.com. The full list will be revealed on Thursday, followed by a symposium with the honorees on Friday and an induction ceremony on Saturday. And above, watch a brief teaser trailer for the induction ceremony, which includes more commentary from Mantello. 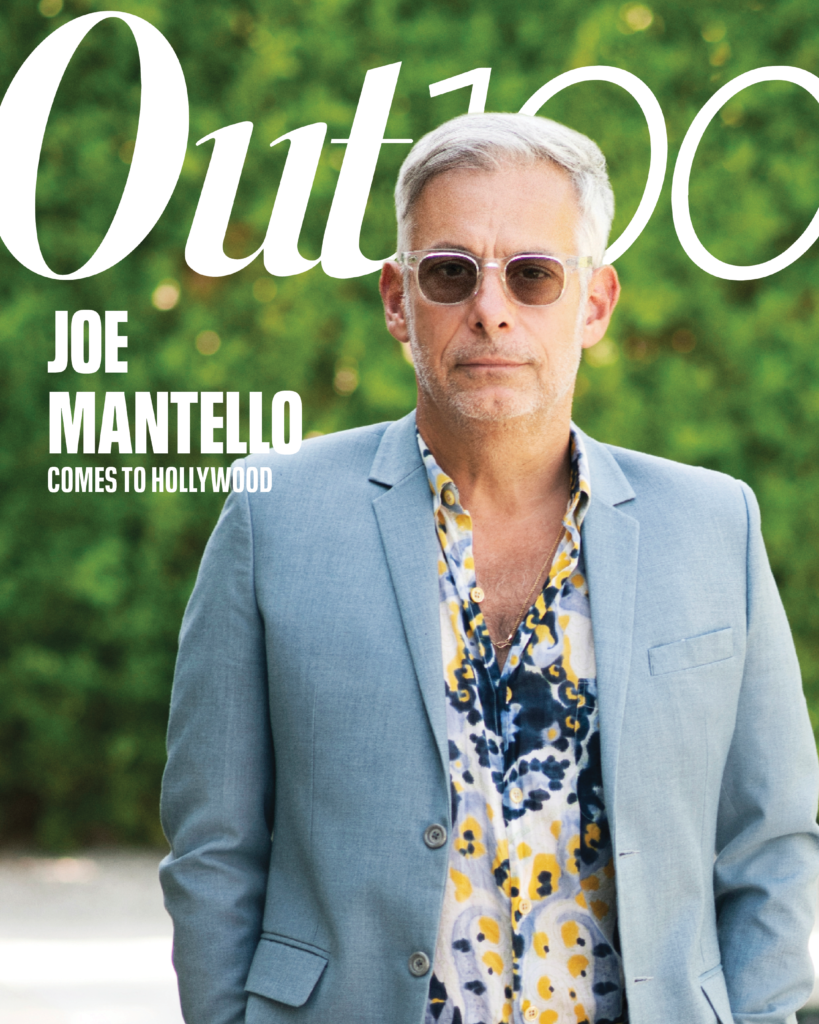