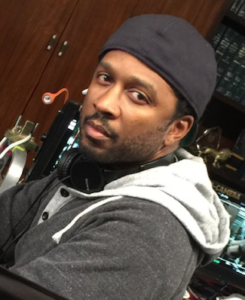 Marvel’s Kevin Feige is set to produce “Black Panther,” which will star Chadwick Boseman (“Get On Up”) as T’Challa, a.k.a. the titular superhero from the fictional African nation of Wakanda. Andy Serkis is also expected to reprise his role as Ulysses Klaw from “Avengers: Age of Ultron,” though his involvement remains unconfirmed.

While a recent report stated that F. Gary Gray is a contender to direct “Black Panther,” the truth is that there are no serious contenders at this stage — at least not anymore since Gray will be directing “Fast and Furious 8” — and the search is considered wide-open.

“Selma” filmmaker Ava DuVernay was offered “Black Panther,” but turned it down because she said “it really wasn’t going to be an Ava DuVernay film.” Marvel is known for maintaining creative control on its films, as each must fit within its cinematic universe.

After the DuVernay kerfuffle, Marvel decided not to go out to any directors until they have a finished screenplay.

Meanwhile, Gray’s representatives just began negotiating for him to direct “Fast and Furious 8,” which is expected to take him out of contention for “Black Panther.”

Disney has slated “Black Panther” for release on July 6, 2018, while Universal will release “Fast and Furious 8” on April 14, 2017. Though technically possible, it’s extremely unlikely Gray would be able to direct both tentpoles, as each require a tremendous amount of focus from preproduction to postproduction.

Cole has been part of Marvel’s in-house writer’s program, which counts “Guardians of the Galaxy” scribe Nicole Perlman among its alumni.

He has been rumored to have taken a crack at an “Inhumans” script for Marvel, but either way, he is not currently involved with that project and if a draft was indeed written, it is not expected to be used by the studio.

Given that “Black Panther” is Marvel’s first major superhero of color, the studio is intent on making diverse hires to write and direct the comic book movie.

Cole is an African-American filmmaker who previously wrote and directed the 2011 indie thriller “Amber Lake” and worked on Summit/Lionsgate’s alien invasion project “Revoc.”

Cole is represented by CAA and Circle of Confusion.