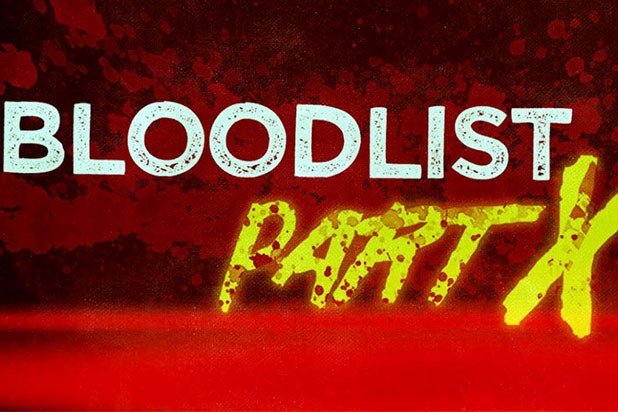 Joe Russo and Chris LaMont’s “The Last Will and Testament of Charles Abernathy” and Chris Thomas Devlin’s “Cobweb” are among the projects included on horror-genre guru Kailey Marsh’s 2018 BloodList of the most-liked screenplays and pilots in horror, thriller, dark comedy and sci-fi.

Bryce McGuire’s “The White Room” also made the list, which currently has Rod Blackhurst attached to direct with Evan Hayes producing. Other film projects that made the 10th annual BloodList are Christy Hall’s “Get Home Safe,” Michael Voyer’s “The Broodmare” and Robert Zappia’s “The Devil’s Flame.” Vertigo Entertainment’s Roy Lee is attached to produce “Cobweb.”

Seventy-one film and TV executives voted for this year’s BloodList, and 23 percent of the scripts that have been on the annual BloodList have been produced in previous years.

This is also the third year of #FreshBloodSelects, which sheds light on new writers and scripts in Hollywood. There were 353 submissions.

Marsh is a rising manager-producer who compiles the BloodList each year and has seen its profile soar over the last years. Currently, she is a manager and producer at Brillstein Entertainment Partners.

Also Read: 13 Must-See Horror Movies After 'It,' From 'Green Room' to 'It Follows' (Photos)

“It’s surreal to have this be the 10th edition of BloodList,” Marsh said. “I started the list as an assistant and as someone who has always been a horror fan, and who works with writers on a daily basis it’s exciting to be able to get these projects the exposure they deserve.”

Screenplays previously featured on the BloodList include “Arrival,” “Autopsy of Jane Doe,” “The Shallows,” “Leatherface” and “The Boy Next Door,” which starred Jennifer Lopez.