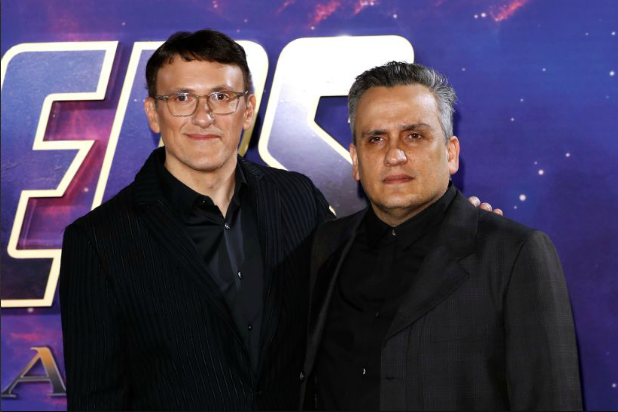 “Avengers: Endgame” co-director Joe Russo isn’t surprised that Sony is pulling Spider-Man out of the Marvel Cinematic Universe, but he thinks their decision to go without Marvel Studios and its prodigious head Kevin Feige is a bad move.

“I will say, stepping back and trying to be objective as possible, that I think it’s a tragic mistake on Sony’s part to think that they can replicate Kevin’s penchant for telling incredible stories and the amazing success he has had over the years. I think it’s a big mistake.”

In an interview with The Toronto Sun, Russo and his brother Anthony spoke about the split and their plans to follow-up the biggest box office hit of all time with a new studio that will produce smaller movies. The new studio, AGBO, was founded with “Avengers” co-writer Stephen McFeely and launched at Toronto last week with “Mosul,” a true-story war film about the operation that took the wartorn Iraqi city back from ISIS control.

“We feel very fortunate with the road that we’ve been able to go down with Marvel. But, growing up, Joe and I have always been very globally minded. We’ve always looked at politics and social situations that are happening around the world,” Anthony told the Sun.

“Making those Marvel movies, really allowed us to feel close to the global audience because they are popular. We got to travel the world and meet people and engage with fans from all over the place. That was very energizing to us and really motivated us to dig deeper on a global storytelling level.”

In addition to directing “Avengers: Endgame” and “Avengers: Infinity War,” the Russos also directed “Captain America: Civil War,” the 2016 film that introduced Spider-Man to the MCU. To do that, Sony and Disney reached a deal in which Sony would allow Spidey to appear in the lucrative series and for Disney to retain all merchandising revenue.

In exchange, Marvel Studios would produce stand-alone Spider-Man MCU films that would be distributed and mostly financed by Columbia Pictures. The two Sony Spidey movies that came from this deal, “Spider-Man: Homecoming” in 2017 and “Spider-Man: Far From Home” this past summer, have grossed more than $2 billion combined worldwide, with “Far From Home” becoming the highest grossing Sony film ever with $1.12 billion.

But in a surprisong development, Sony and Disney broke off the relationship in August after negotiations to extend the deal fell through. While Tom Holland will continue to play Peter Parker in future Spider-Man films for Sony, they will no longer be a part of the MCU continuity or be developed by Marvel Studios.

“It was so difficult to get him into ‘Civil War.’ It was an extremely long and hard process. But we were driven to help make it happen. But Kevin Feige pulled it off, somehow,” Anthony said.

“Disney and all the good people at Sony found a way to make it work and it lasted a few films. We had a wonderful experience with that and I think audiences really appreciated that marriage. But we know how hard that marriage was to make in the first place, so the fact that the marriage fell apart isn’t really that surprising to me and Joe.”

In addition to “Mosul,” the Russos are also attached as producers to the STX cop thriller “21 Bridges,” which stars “Black Panther” star Chadwick Boseman and will be released Nov. 22.