In his opinion to the Supreme Court’s Dobbs decision overturning Roe v. Wade, Justice Clarence Thomas wrote on Friday that abortion is just the beginning:

Because Thomas’ wife, Ginni Thomas, is white, he said. 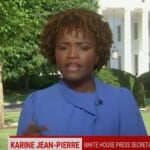 Scarborough is hardly the first to point out the self-serving nature of Thomas’ opinion — nor is it the first time this year that Thomas’ marriage has come under fire. Ginni Thomas is a prominent Republican activist; her encouragement of Trump officials to overturn the 2020 election results in the aftermath of Jan. 6’s insurrection recently came under scrutiny in how it may have impacted Thomas’ dissenting opinion on the matter.

You can watch a clip of Scarborough’s statement above. 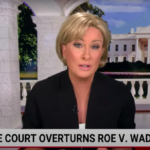