Journalist Mika Brzezinski railed against the Supreme Court’s decision to overturn Roe v. Wade last week after 49 years while declaring the Democratic party to be the “last, best hope against fascism.”

The “Morning Joe” co-host painted a bleak picture of American freedoms in the aftermath of the Supreme Court decision in a Monday morning segment on MSNBC. Her advice to women who feel lost and at-risk in this new normal was simple: “Please vote.”

Invoking the famous Winston Churchill quote that “democracy is the worst form of government — except for all the others that have been tried,” Brzezinski said the same principle may now apply to the Democratic party at this point.

“Democrats somehow manage to get the most votes and lose the most elections, so they need more,” she said. “Even when they win, they lose. It could be argued that today’s Democrats are too weak, too fragile, too woke, too elitist, too disconnected from the realities of working Americans. And yet, the Democratic party is the world’s last, best hope against fascism.” 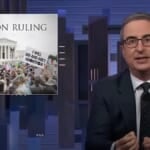 Brzezinski accused the “Trump wing of today’s Republican party” of being an “autocratic, anti-woman, anti-gay, anti contraception” party that isn’t interested in investigating the January 6th Capitol riots. “Why? Because they’re fascists,” she said.

Brzezinski ended her segment with yet another call to action for viewers to vote in the upcoming elections.

“For all the Democratic party’s flaws, they’re the only party that can stem this continued rise of fascism,” she said. “Register and vote, work toward an overwhelming majority that can protect your body and your freedoms and just may save our country.”

In the wake of the Supreme Court ruling, prominent public figures from across the political and entertainment spectrum have reacted online with an array of emotions. Hollywood’s major studios have publicly confirmed intentions to cover out-of-state reproductive health services for its employees. 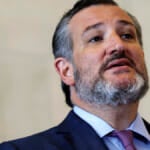