The U.S. Supreme Court on Friday overturned a 50-year-old precedent set by the landmark 1973 Roe v. Wade decision that established a constitutional right to abortion, instead allowing individual states to decide how much access women have to the procedure.

In Justice Samuel Alito’s 5-4 majority decision, Dobbs v. Jackson Women’s Health Organization, the court overturned the constitutional right to an abortion. He was joined by Clarence Thomas and the three justices appointed under Donald Trump — Neil Gorsuch, Brett Kavanaugh and Amy Coney Barrett. Meanwhile, Chief Justice John Roberts voted to uphold the 2018 Mississippi law, which bans most abortions after the first 15 weeks of pregnancy, but did not join in overturning Roe altogether.

The ruling seems remarkably similar to a leaked draft opinion from February that Politico published last month that reversed both Roe v. Wade and a subsequent 1992 decision, Planned Parenthood v Casey, that also reaffirmed a woman’s fundamental right to an abortion. “Like the infamous decision in Plessy v. Ferguson, Roe was also egregiously wrong and on a collision course with the Constitution from the day it was decided,” Alito writes in his decision that is almost verbatim to his leaked draft. (The 1896 Plessy case, which upheld the “separate but equal” doctrine of racial segregation, was overturned in a series of decisions, beginning with Brown v. Board of Education in 1954.) 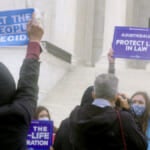 The decision will have a sweeping and immediate effect. More than a dozen states have even more restrictive laws that will be triggered by the ruling, and another 10 states have pre-Roe restrictions they could revive. In addition, some states have moved to enact legal impediments for its citizens to seek abortions in other states — and even to punish those who facilitate such actions.

Alito’s opinion advanced an originalist argument for overturning Roe and Casey — the first known instance in which the Supreme Court has actually removed a constitutional right that it had previously declared. “The Constitution makes no reference to abortion, and no such right is implicitly protected by any constitutional provision, including the one on which the defenders of Roe and Casey now chiefly rely—the Due Process Clause of the Fourteenth Amendment,” he wrote. “That provision has been held to guarantee some rights that are not mentioned in the Constitution, but any such right must be ‘deeply rooted in this Nation’s history and tradition’ and ‘implicit in the concept of ordered liberty.’”

Critics have noted that Alito’s argument could be applied to other rights the Supreme Court has recognized that are not explicitly enumerated in the the Constitution, including the right to contraception, mixed-race marriages, private sexual acts and same-sex marriages. Anticipating this concern, Alito states in his opinion, “The Court emphasizes that this decision concerns the constitutional right to abortion and no other right. Nothing in this opinion should be understood to cast doubt on precedents that do not concern abortion.”

However, Justice Thomas in his concurring opinion explicitly argued that “we should reconsider all of this Court’s substantive due process precedents,” including the ones involving contraception, same-sex marriage and even sodomy laws. 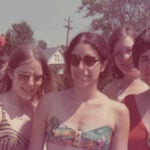