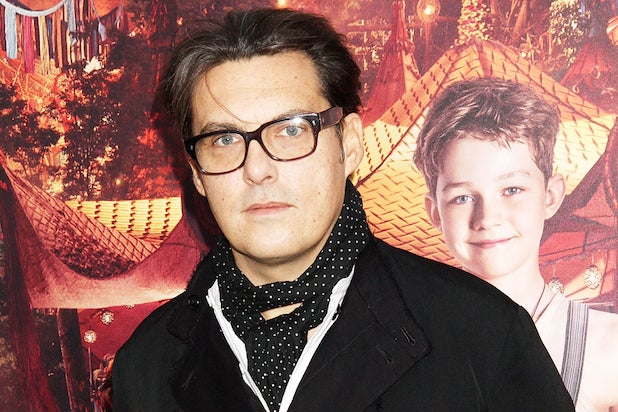 Joe Wright‘s “Pan” may lead to a $150 million write-down for Warner Bros. but it could also cost Joe Wright, unfairly or not.

Multiple Hollywood insiders have told TheWrap that earlier this month, while Wright was in Los Angeles to promote “Pan,” he won the job to direct the Julius Caesar movie “Emperor” for Lionsgate and entered into exclusive negotiations with the studio. However, once “Pan” flopped at the box office, the studio abruptly ended talks with Wright.

One veteran dealmaker told TheWrap that a production insider admitted Lionsgate was going “back to the drawing board,” indicating that the studio thought it had found its director in recent weeks.

Lionsgate, for its part, declined to comment for this story, while a representative for Wright deemed it “categorically untrue.” One of the film’s producers acknowledged there was a meeting and several calls but that a deal never closed, suggesting that Wright couldn’t have been “fired” after “Pan” if he was never officially “hired” in the first place.

Either way, the situation is the latest example of how reactive studios have become in today’s hyper-competitive marketplace, where perception plays a vital role in getting a job.

“Pan” may have been panned by critics, but by all accounts, it was an expensive movie that was made by committee at Warner Bros. Wright shares the blame, of course, but it’s not as if he was allowed to do whatever he wanted on such a big-budget studio production.

So why did Lionsgate call off negotiations for “Emperor”? Surely, someone at the studio had seen the garish “Pan” trailer or heard the bad buzz throughout the industry. If Lionsgate didn’t hire Wright off of “Pan,” why did it play such a huge factor in the studio’s decision to back out of discussions with the well-regarded British director?

After all, Wright’s particular skill set didn’t evaporate overnight, and the fact remains that Wright is a talent magnet who has helped his actors score Oscar nominations — including Keira Knightley for “Pride & Prejudice” and Saoirse Ronan for “Atonement.” He’s far better suited to a bold historical epic such as “Emperor” than a misconceived children’s movie.

The bigger the budget, the more is at stake — not just for the studios footing the bill, but also for the filmmaker whose career is on the line. While Warner Bros. will make more risky big-budget movies after “Pan,” it can be harder for a director like Wright to recover.

That said, there’s little doubt that he will — it just won’t be with “Emperor,” which is envisioned as a potential franchise starter by Lionsgate’s Summit Entertainment.

The film is based on the first two books in Conn Iggulden’s “Emperor” series — “The Gates of Rome” and “The Field of Swords” — that establish the relationship between military leader Julius Caesar and Marcus Brutus, a great fighter who was Caesar’s best friend and eventual enemy. The books cover the duo’s rise to the top of the Roman Empire and the political and romantic relationships they develop along the way.

Lionsgate’s Rob Friedman and Patrick Wachsberger called “Emperor” a “compelling series of books” and described the project as a “fresh and inventive coming-of-age story” set in ancient Rome.

Producers Mark Canton and Gianni Nunnari said “Emperor” combines “the sweep of ‘300’ with the intrigue of ‘Game of Thrones'” to tell the Julius Caesar story that nobody knows.”

“Emperor” was announced as the first film for Nigel Sinclair and Guy East‘s White Horse Pictures. Sinclair, who did not respond to multiple requests for comment, will produce with Nunnari, Canton and Matt Jackson.