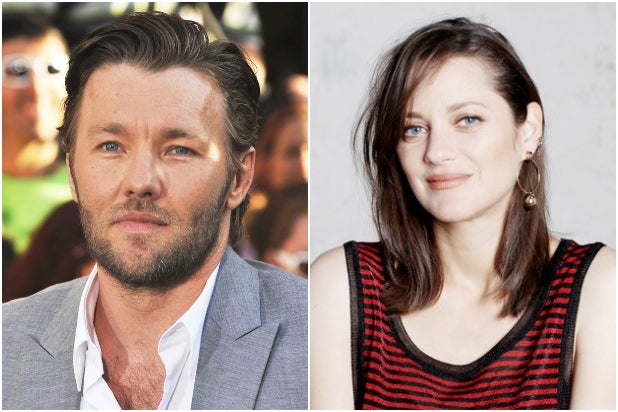 Joel Edgerton, Marion Cotillard and Mark Rylance will lead an impressive cast for director Brady Corbet’s “The Brutalist,” an immigrant drama that will be presented to buyers at the Toronto International Film Festival.

“The Brutalist” is actor-turned-director Corbet’s third film following 2018’s “Vox Lux” with Natalie Portman. This film is an immigrant drama that follows 30 years in the life of a visionary architect (Edgerton) and his wife (Cotillard) who flee post-war Europe and work to rebuild their legacy amid the birth of modern America, only to have their lives changed forever by a mysterious and wealthy client (Rylance).

Also Read: Obama White House Photographer Doc 'The Way I See It' to Air on MSNBC After Toronto Premiere

Corbet also co-wrote the screenplay with Mona Fastvold. Their film is described as an unconventional love story and an epic saga, and it’s eyeing a start date of January 2021.

Protagonist Pictures will debut the package with a special presentation to buyers at TIFF. CAA Media Finance is representing U.S. rights and is arranging the project’s financing.

Also Read: Louis Leterrier in Talks to Direct 'Bright 2' With Will Smith and Joel Edgerton

“Brady’s third feature, ‘The Brutalist,’ is a continuation of his unique interpretation of major historical moments of the past century. This story resonates for me as the grandson of an immigrant artist, and is unquestionably relevant to the political discourse we are having in America today,” Lauren said in a statement.

“Amidst a revamped cycle of populism and prejudice in the 21st century, ‘The Brutalist’ is a film which celebrates the triumphs of the most daring and accomplished visionaries; our ancestors. It is the project which is so far the closest to my heart and family history. I so look forward to reuniting with many of our closest collaborators, as well as some exciting new ones, to realise what we all anticipate to be a vital and urgent motion picture,” Corbet said in a statement.