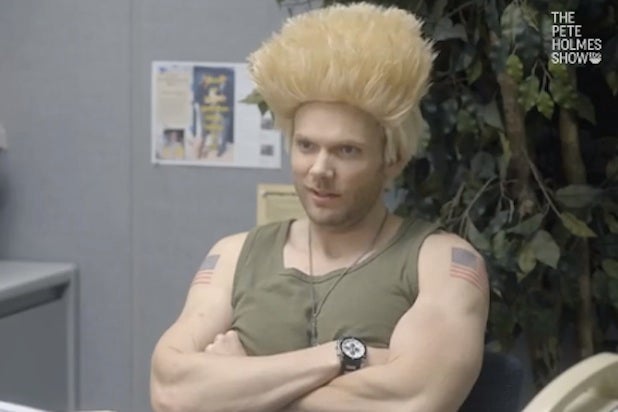 “AMERICA!” shouted Guile, he then tried to lead a U-S-A chant.

Holmes was incredulous at Guile’s outfit and questioned him about his war record.

Guile hilariously dishes that he fought in the “no gun war” of ’63 under the command of General Mills.

“You look like a Toby Keith song f-cked a G.I. Joe!” Holmes quips.