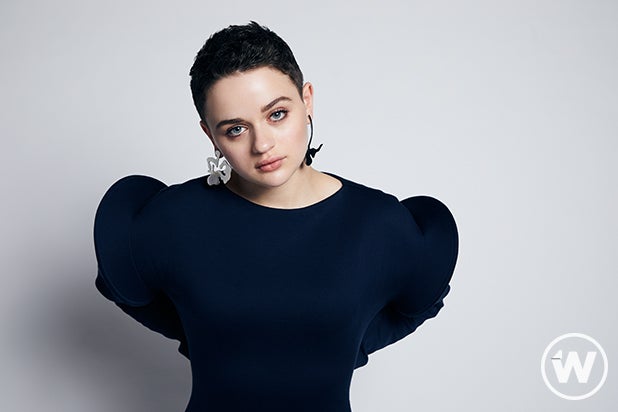 “The Kissing Booth” star Joey King is in talks to join Brad Pitt in David Leitch’s “Bullet Train” action movie for Sony Pictures, an individual with knowledge of the project told TheWrap.

Zak Olkewicz, whose credits include “Fear Street,” is writing the screenplay based on the hugely popular Japanese manga “Maria Beetle” by Kotaro Isaka. The project is described as a contained thriller in the vein of “Speed” and “Non-Stop” and can be shot on a closed set subject to COVID-19 shooting protocols. “Bullet Train” is being eyed for a fall shoot.

Leitch and Kelly McCormick (“Atomic Blonde”) will produce the film through their company 87North, alongside Antoine Fuqua and Kat Samick. Brittany Morrissey is overseeing the project for Sony Pictures.

King is in talks for the teenaged assassin named Prince, while Pitt will play an American hitman named Ladybug.

Last month, King signed a first-look deal with Hulu. The new agreement marks another foray into producing for King, who most recently starred in and executive produced the Netflix film “The Kissing Booth 2.” At 20 years old, she is currently the youngest person with a first-look deal at a streaming service.

On the TV side, King is attached to star in and executive produce a limited series adaptation of Jodi Picoult’s “A Spark of Light” at Sony Pictures Television. King is set to play the 17-year-old daughter of a police hostage negotiator who learns that his daughter is being held inside a women’s clinic by an armed gunman.

At Hulu, King last starred in “The Act,” alongside Patricia Arquette, as Gypsy Rose Blanchard. King was nominated for both a Golden Globe and an Emmy Award for the role.