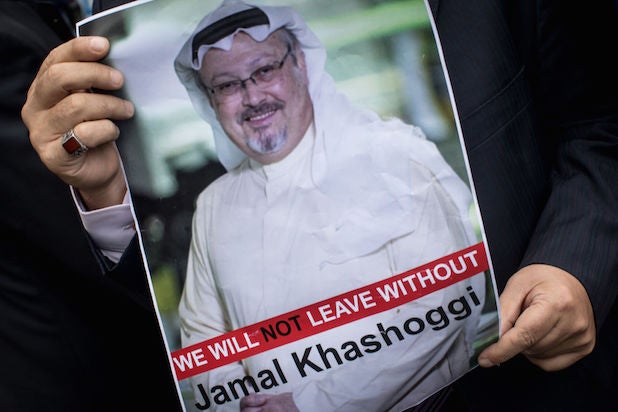 John Brennan, who served as CIA director under Barack Obama, on Thursday castigated President Donald Trump for referring to Saudi Crown Prince Mohammad Bin Salman Al Saud as his “friend” on the 18-month anniversary of the murder of Washington Post columnist Jamal Khashoggi.

“MBS is responsible for the murder of Jamal Khashoggi,” Brennan tweeted. “That you refer to him as a ‘friend’ is telling of your total lack of morality, ethics, & integrity,” Brennan.

Brennan was responding to an earlier tweet from the president about efforts to address the availability of oil amid the global coronavirus pandemic. “Just spoke to my friend MBS (Crown Prince) of Saudi Arabia, who spoke with President Putin of Russia, & I expect & hope that they will be cutting back approximately 10 Million Barrels, and maybe substantially more which, if it happens, will be GREAT for the oil & gas industry!” Trump wrote Thursday afternoon.

Thursday marked exactly 18 months Khashoggi’s murder in the Saudi embassy in Turkey — an assassination that the CIA and other intelligence sources concluded had been ordered by Bin Salman himself. The Saudi regime has continued to deny any direct involvement in the journalist’s death and sentenced five people to death for the crime last December.

Khashoggi, a Washington Post opinion columnist critical of the ruling Saudi regime, was killed on Oct. 2, 2018, after entering the Saudi consulate in Istanbul. The Saudi regime initially maintained that it had no idea what happened to Khashoggi after he entered the consulate, despite his disappearance. After an international outcry, Saudi authorities eventually conceded that Khashoggi was murdered inside the consulate — but denied the crown prince and royal family were behind it.