“Peacemaker” and “The Suicide Squad” headliner John Cena is set to star in action comedy “Officer Exchange” at Amazon Studios, according to an individual with knowledge of the project.

The script is written by Ben Zazove and Evan Turner and is currently in development at the streamer.

“Officer Exchange” centers on Shepard “Shep,” a wrecking ball of a cop who teams up with an Indian police officer to take down a diamond smuggling ring in India. 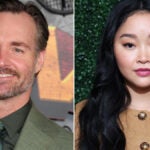 Producing the project for Amazon are producers Peter Safran (“Shazam”) and John Rickard (“Blue Beetle”) of The Safran Company. Cena is the executive producer.

Speaking of “Peacemaker,” the show will return for a second season. “Guardians of the Galaxy” filmmaker James Gunn will write and direct all episodes for “Peacemaker” Season 2, after writing the entirety of Season 1 and directing the majority of it himself.

The HBO Max series is a continuation of the John Cena character from Gunn’s 2021 R-rated DC film “The Suicide Squad.”

Last year, Cena appeared opposite Vin Diesel in the latest installment of “The Fast and Furious” franchise titled “F9.”

Cena is repped by ICM and Johnson Shapiro Slewett & Kole. Zazove is repped by Verve, Kaplan/Perrone, and McKuin Frankel Whitehead.