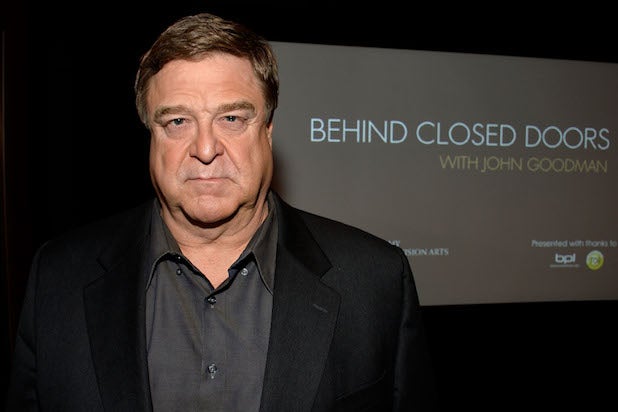 Fresh off a spirited turn in “Inside Llewyn Davis,” John Goodman has joined the cast of “The Gambler,” Paramount’s upcoming remake of the 1974 drama, TheWrap has learned.

Mark Wahlberg plays the title character in the film, which is being directed by Rupert Wyatt (“Rise of the Planet of the Apes”).

Karel Reisz directed the original film, which starred James Caan as a a literature professor whose gambling addiction lands him in hot water with his girlfriend, his mother and some unsavory gangsters.

Brie Larson, Jessica Lange and Michael K. Williams will co-star in the remake, in which Goodman will play a Jewish loan shark, to whom Wahlberg finds himself indebted.

Screenwriter James Toback based the original film on his own life, though Oscar winner William Monahan (“The Departed”) penned this new version of the crime drama, which follows a similar trajectory. Irwin Winkler, a producer on the first film, will produce this one as well.

Goodman is an iconic actor who has worked tirelessly for three decades. In addition to “Llewyn Davis,” he played the heavy in “The Hangover Part III” this year. Goodman also had an uncredited cameo in “The Internship” and reprised his beloved role of Sully in Pixar’s hit sequel “Monsters University.”

Paramount plans to release “The Gambler” in 2015.

Goodman is represented by the Gersh Agency and attorney Amy Nickin.