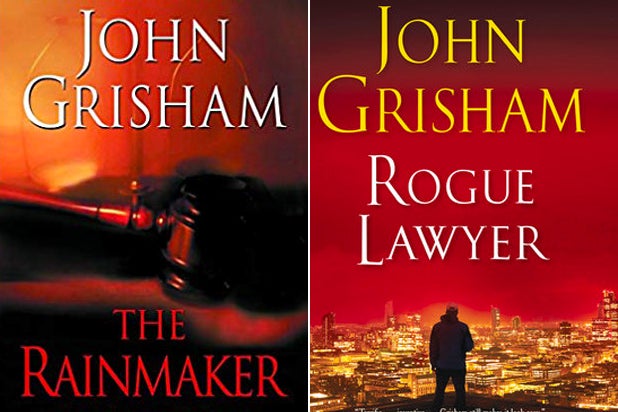 Hulu has begun development on a John Grisham shared universe, the streamer announced on Tuesday. The first two projects in development are companion series adaptations of “Rogue Lawyer” and “The Rainmaker.”

Written and executive produced by Michael Seitzman and Jason Richman, the storylines of the two projects in what is being called “The Grisham Universe” will stand on their own, but will intersect at points and share characters. The series will be designed such that viewers can watch each season independently or bounce from the first episode of “Rainmaker” to the first episode of “Rogue Lawyer,” then back to “Rainmaker,” etc.

Published in 2015, “Rogue Lawyer” follows the unconventional street lawyer Sebastian Rudd, known for taking on the cases no one else will touch, as he’s contacted by a serial kidnapper who knows the whereabouts of the assistant chief of police’s missing daughter.

“The Rainmaker,” first published in 1995, centers on a young man barely out of law school who finds himself taking on one of the most powerful, corrupt and ruthless companies in America — and exposing a complex, multibillion-dollar insurance scam. It was previously adapted into a 1997 film starring Matt Damon, Danny DeVito, Danny Glover, Claire Danes and Jon Voight.

Hulu’s approach to the “Grisham Universe” is similar to how the streamer is adapting George R. R. Martin’s “Wild Cards” book series. Andrew Miller is on board to write and executive produce two separate series based on the sci-fi anthology, which is set in a version of the present where an alien virus has wiped out 90 percent of those it infected.