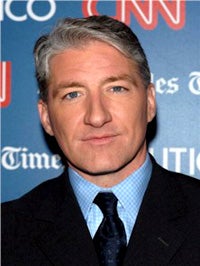 The latest round of cable ratings are out, and for the latest entry into the CNN lineup, "John King, USA," they were quite simply underwhelming.

King averaged 476,000 total viewers during its first four weeks, 120,000 in the key 25-to-54-year-old demographic. That’s down 42 and 47 percent, respectively, from last year, when “Lou Dobbs Tonight” was in the same slot. (The ratings were down about 5 percent over same timeslot the previous month – which was the “Situation Room.”)

The numbers place King fourth in the 25-54-year-old demo behind “Fox Report,” a repeat of MSNBC’s “Hardball” and HLN’s “Issues with Jane Velez Mitchell.”

King’s tepid start comes on the heels of CNN’s brutal first quarter ratings, as some of the network’s franchise stars posted their worst ratings ever.

Five Ways to Save CNN
CNN to Advertisers: We’re the Only Nonpartisan Cable Net Left