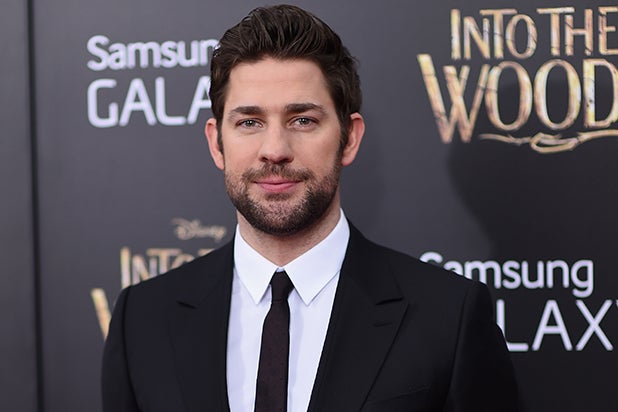 John Krasinski is in talks to star in Michael Bay‘s real-life Benghazi drama “13 Hours,” an individual with knowledge of the project told TheWrap.

The film is based on the nonfiction book “13 Hours: The Inside Account of What Really Happened in Benghazi,” by Mitchell Zuckoff with the Annex Security Team. It’s a factual account of the attack on the U.S. Special Mission Compound and a nearby CIA Annex in Benghazi, Libya, Sept 11, 2012.

The attack left four Americans dead, including U.S. Ambassador to Libya J. Christopher Stevens, and has been the subject of much fallout and investigations.

Krasinski will play one of the starring roles, a Navy SEAL. Chuck Hogan adapted the screenplay.

Krasinski is best known for his long-running role as Jim Halpert on NBC’s “The Office.” His film credits include “It’s Complicated” and voicing the English version of Hayao Miyazaki‘s “The Wind Rises.” He will next be seen in Cameron Crowe‘s untitled forthcoming film opposite Emma Stone and Bradley Cooper, and recently directed his second feature, “The Hollars,” also starring Anna Kendrick and Randall Park.