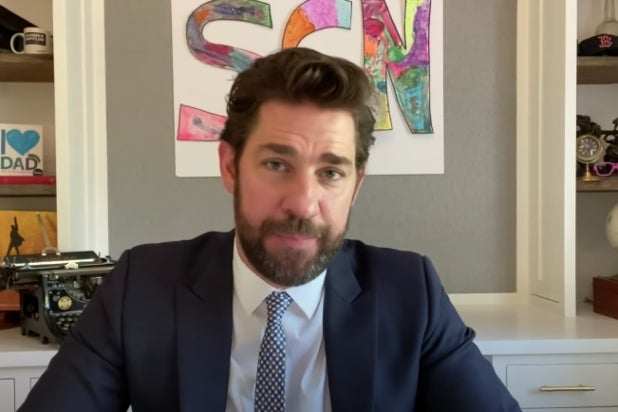 John Krasinski is moving his web series “Some Good News” to ViacomCBS.

The feel-good news/talk program is expected to premiere new episodes on CBS All Access, with additional short-form content to air on other outlets across the ViacomCBS portfolio. Comedy Central Productions will produce the series.

Krasinski will remain onboard as an executive producer and will hold a recurring on-camera role, but he is not expected to host the new installments.

Also Read: Watch John Krasinski Sign Off From 'Some Good News' - for Now, at Least (Video)

“Could not be more excited and proud to be partnering with CBS/Viacom to be able to bring Some Good News to so many more people!” Krasinski said in a statement. “From the first episode, our goal was to create a news show dedicated entirely to good news. Never did I expect to be joining the ranks of such a historic news organization as CBS.”

“Comedy Central Productions is excited to partner with John and bring his beloved Some Good News to audiences around the world through ViacomCBS’ family of brands,” said Chris McCarthy, Entertainment & Youth Group president.

The “Office” alum debuted the show back in March on YouTube, where it became a reliable hit. The show produced a total eight episodes before Krasinski signed off earlier this month. The channel currently has 2.56 million subscribers and a total of more than 70 million video views.